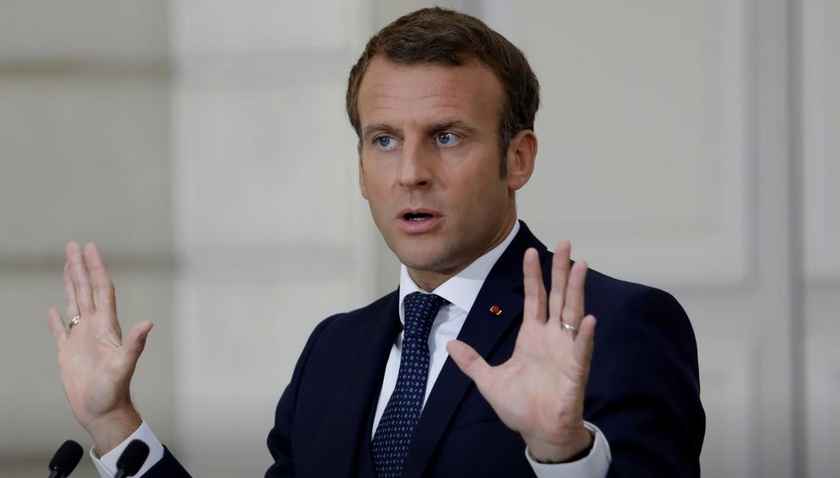 September 27, 2020 6:07 pm 0
Hezbollah Turns Violent Against Protesters in Lebanon
Most Corrupt Man in Lebanon Says Country is a Sinking Ship
The Threat France Poses for Iran in Lebanon

French President Emmanuel Macron admonished Lebanon’s leaders on Sunday for serving their own interests ahead of their country and vowed to push ahead with efforts to prevent chaos, but appeared to have no back up plan should his initiative fail. Has President Macron finally grasped Hezbollah’s terror? Even when it is not using its weapons, it is still destroying lives. In Syria and now in Lebanon.

Lebanon’s prime minister-designate, Mustapha Adib, quit on Saturday after failing to line up a non-partisan cabinet. In doing so, he dealt a blow to a French plan aimed at rallying sectarian leaders to tackle the country’s crisis. But he also exposed the levels of corruption in Lebanese politicians, especially Hezbollah and Amal.

I am ashamed of Lebanon’s political leaders. The leaders did not want, clearly and resolutely, to respect the commitments made to France andhttps://thefederalist.com/2020/08/06/the-beirut-blast-is-a-reminder-that-hezbollah-has-ruined-lebanon/ the international community. They decided to betray this commitment.

Hezbollah can’t be at the same time an army at war with Israel, an unrestrained militia against civilians in Syria and a respectable party in Lebanon. — French President Emmanuel Macron, September 26, 2020.

For the first time, Macron also specifically questioned the role of the heavily armed Hezbollah and the influence of Iran, saying that the group needed to lift its ambiguity on the political arena.

Adib was picked on Aug. 31 to form a cabinet after Macron’s intervention secured a consensus on naming him in a country where power is shared out between Muslims and Christians.

Under the French roadmap, the new government would take steps to tackle corruption and implement reforms needed to trigger billions of dollars of international aid to fix an economy crushed by a huge debt.

But there was deadlock over a demand by Lebanon’s two main Shi’ite groups, Amal and Hezbollah, that they name several ministers, including for finance, who will have a big role in drawing up economic rescue plans.

Macron criticized both parties for blocking efforts to form a government by a mid-September deadline. He said:

Hezbollah can’t be at the same time an army at war with Israel, an unrestrained militia against civilians in Syria and a respectable party in Lebanon. Is it really a political party or does it proceed just in a logic dictated by Iran, and its terrorist forces? I want us to see if in the next few weeks something is possible. I’m not naive.

A DOZEN OR SO EVIL MEN HOLD LEBANON HOSTAGE

Macron said he would convene international partners within 20 days to assess where his efforts stood. He also said that he would hold an aid conference by the end of October. One which might simply offer aid in return for reforms.

Describing the events of the last few days as a betrayal, he said political leaders had chosen “to deliver Lebanon to the game of foreign powers”, destabilizing the region further.

He warned them that they had 4-6 weeks to play ball. When asked whether sanctions were on the table, he said he would only consider them at a later stage in conjunction with other powers because he could not see their use for now.

But he did not discount sanctions.

This is a system of terror. This system is no longer advancing and a few dozen people are bringing down a country and its people. The French initiative will persist. My commitment … will not falter.

The people of Lebanon should thank Macron for his persistence of not giving up on their future.