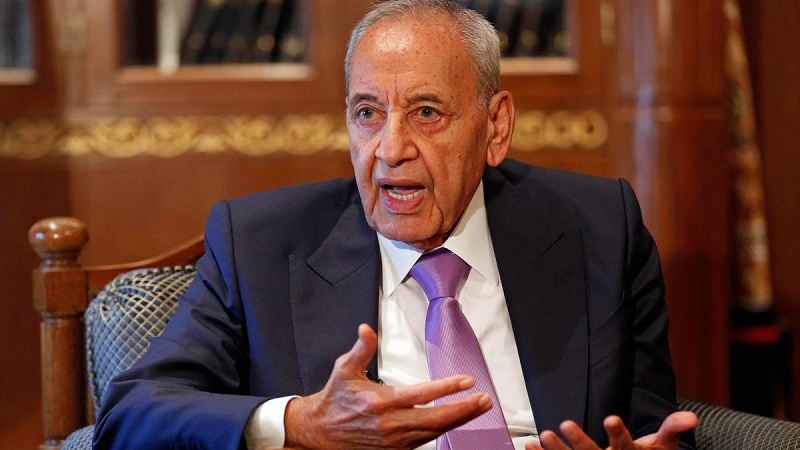 The U.S. Treasury sanctioned two ministers in the Lebanese government one of whom answers directly to the speaker of the parliament Nabih Berri. We believe US sanctions on Lebanese ministers fall short.

Berri works closely with Hezbollah on matters splitting the spoils of pilferage and dividing up foreign aid among their parties and their personal bank accounts.

But Berri, shocked by the sanctions on Khalil, responded by hardening his stance on naming the next finance minister, a post he has decided since Khalil first took the job in 2014, according to the three sources from different Lebanese factions.

The reason the U.S. sanctions on Finyanus and Khalil were impotent is because it leaves the real culprits, the real corrupt, and the real manipulators of the system in place to inject their own candidates to continue on the path of the same old, same old.

Maybe the US was trying to send a signal to the likes of Nabih Berri. Maybe the message was to “Stop corrupting the system”. If so, it fell on deaf ears if what Reuters wrote was true. Berri has no intention of letting go of his powers to corrupt to inflict more pain on Lebanon’s economic system.

Or maybe the US real intentions, unlike France, which has close cultural, political, and economic ties to this Mediterranean gem is not to eradicate corruption. After all, the US, often, cares extraordinarily little about how corrupt Arab leaders are. In fact, it wants them that corrupt so that the US can hold their feet to the fire. Or so goes the thinking at Langley.

But how many times has the US held any Arab leader feet to the fire publicly? Never. Privately? Probably all the time as it threatens these evil doers on delivering on one promise or another. Mostly centered on actionable intelligence the US collects to protect its interests. This may explain why the US targeted Berri’s top aide but not him directly as it attempts to have it both ways.

IF HEZBOLLAH’S GRIP ON LEBANON IS THE AIM

The French goals, when it comes to Lebanon, are very transparent. France wants this old protectorate to prosper and survive the malfeasants running the country into the ground. The U.S goals, on the other hand, is more surgical. It aims at weakening Hezbollah’s grip on the government and its institutions, but possibly without also eradicating corruption all together.

One can hardly imagine what shape is the scalpel the US is using for this operation. From the outside looking in, the system is one big barrel of rotten apples, and if the US believes it can un-rot the barrel through selective reasoning and action, one wonders what planet the US planners live on. The most efficient and expeditious thing to do to save Lebanon from the incompetence of Hezbollah is to offload the whole barrel in the Mediterranean and start all over.

How? By naming every corrupt warlord and sanctioning them for their corruption. Let the Lebanese people select their own new leadership whose liberalism and hopefully sectarian-free mentalities can rebuild the nation. The CIA can always swoop in later to protect US interests. This is how you defeat clientelism and defeat Iranian influence in Lebanon.

To practice surgically will only harden the resolve of the likes of Nabih Berri as the Reuters peace showed clearly.