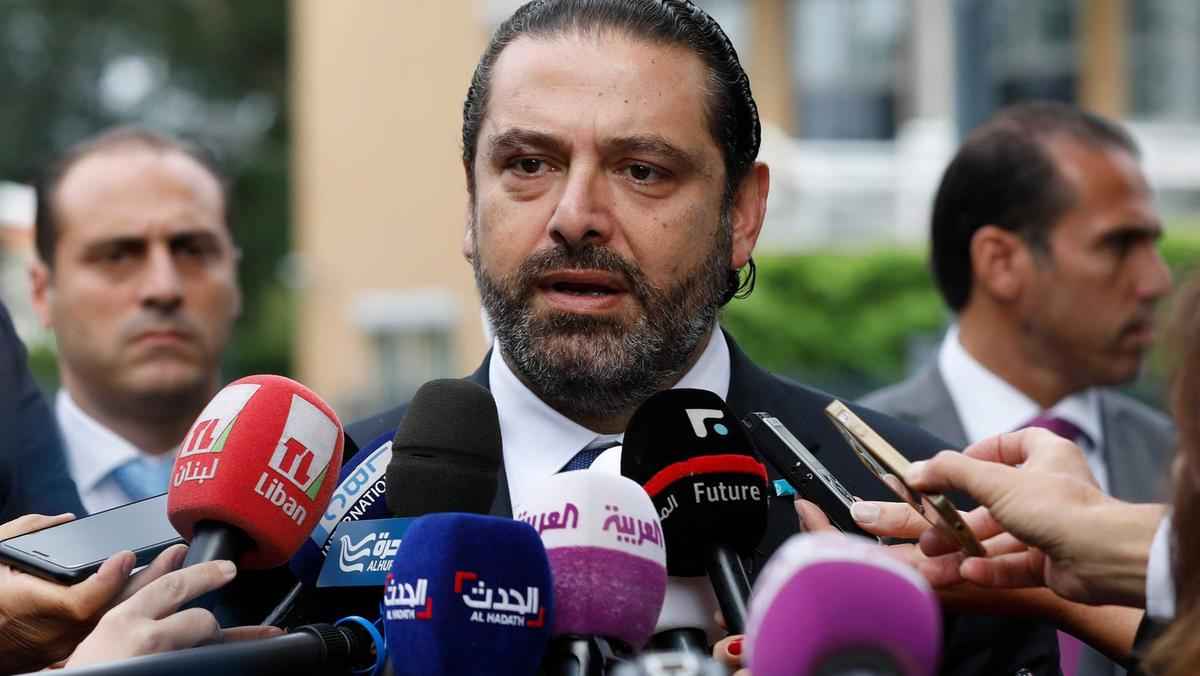 The Lebanese Are In Disbelief Over The UN Hariri Verdict

August 20, 2020 9:14 am 0
The Terrible Michel Aoun That You Don’t Know
Lebanon Formed a New Government with 100% Hezbollah Backing
Lebanese Politician Blamed Hezbollah and Aoun for Crisis

The son of Lebanon’s slain former premier Rafik al-Hariri vowed he would not rest until all the killers are punished. His comments came after a the U.N. court on Tuesday convicted one lowly member of Hezbollah of involvement in the 2005 assassination. The Lebanese are in disbelief over the U.N. Rafik Hariri verdict as it exonerates the top leadership of Hezbollah and Assad of Syria.

In central Beirut, Hariri family members and loyalists stood at his grave waiting for his son, Saad, also a former premier, to speak from outside the tribunal in The Hague.

(For) the first time in Lebanon’s history of many political assassinations, the Lebanese find out the truth. The importance of this historic moment is the message for those that committed this terrorist crime and those who planned it: that the age of using crimes for political aims with impunity and without paying any cost is over.

THE LEBANESE ARE IN DISBELIEF OVER THE UN HARIRI VERDICT

Some Lebanese, including victims of the attack who waited 15 years for a verdict, voiced disbelief at the acquittal of three other Hezbollah members. The tribunal also said it found no evidence of involvement by Shi’ite Hezbollah’s leadership or by Damascus.

I am shocked. Instead of the network (of culprits) expanding, it is now one superman who has done all of that?

She added that she had never expected such an outcome. Neither many Lebanese the UN dropped a second bomb on them with that verdict.

Mahmoud, speaking from a Sunni Muslim district of Beirut mostly loyal to the Hariris, said:

They should pay us back the money they got.

The trial cost roughly $1 billion. That’s roughly $90 millions a year over a period of 11 years.

Hezbollah made no immediate comment on the ruling, but it has denied any involvement in the killing. The terror organization celebrated with fireworks in Beirut’s Shi’ite southern suburbs, where it holds sway. Hezbollah killed Rafik Hariri, then celebrated its crime.

Christian President Michel Aoun and Shi’ite Parliament Speaker Nabih Berri called for unity after the verdict. Unity is code word for “celebration” as both kowtow to Hezbollah’s terror.

The STL will announce the sentencing of Salim Jamil Ayyash at a later time. He could face life imprisonment. For the UN to render such a verdict of one man carrying out such complex operation shows the extent of its incompetence.

Hezbollah, designated by Washington as a terrorist group, has more influence than ever on the Lebanese state governed by a sectarian power-sharing system. It explains the reason why Lebanon is in such disarray, gripped by incompetence and corruption.

Christian President Michel Aoun and Shi’ite Parliament Speaker Nabih Berri called for unity after the verdict. Unity is code word for “celebration” as both kowtow to Hezbollah’s terror.

But Saad al-Hariri said he would not rest until justice had been served. Saad Hariri, just like his departed father, has earned the respect of world leaders for his honesty and transparency.

We tell everybody: nobody (should) expect any more sacrifices from us. We have sacrificed what is dearest to us … Hezbollah is the one that should make sacrifices today. It has become clear that the executing network is from within (Hezbollah’s) ranks. They think that justice will not reach them and that the punishment will not be served on them. I repeat: we will not rest until punishment is served.

The head of the Christian Kataeb party, whose three lawmakers quit over the massive blast in Beirut port this month, said on Twitter:

How long will the world continue to ignore an armed group empowered from abroad and not by Lebanon?

The Christian Kataeb sacrificed much for Lebanon’s sovereignty and independence. Most of the Lebanese hold the party in high esteem.

The Lebanese Are In Disbelief Over The UN Hariri Verdict