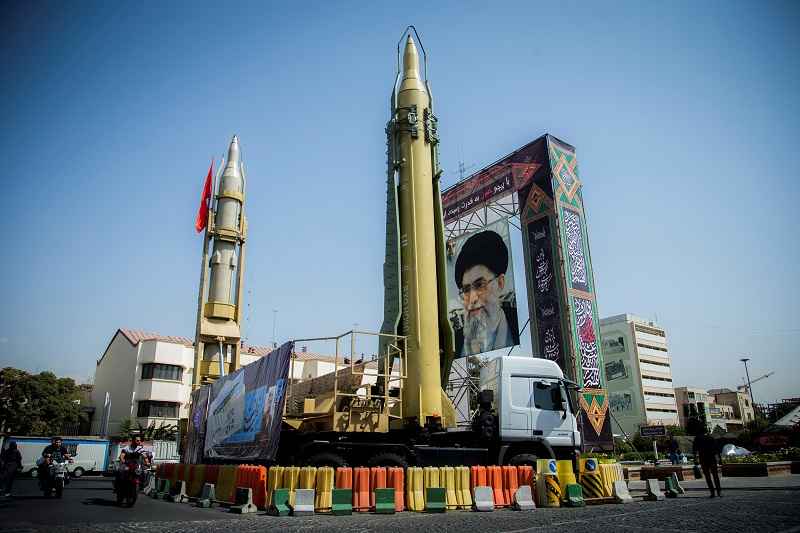 Does the World Realize What a Nuclear Iran Means?

The Trump Administration is trying to limit Iran’s capacity to go nuclear. Not through agreements that empower the Ayatollahs as the Iran Deal did, but through tough sanctions and seal-proof embargoes that leave no doubt to our determination and no trail towards a future Iranian nuclear threat. So, how does the United Nations respond to an Iranian weapons embargo? By ignoring the fanatic violence of the Ayatollahs its own human rights organizations documented in spades. Does the world realize what a nuclear Iran means?

The United Nations, with so many dizzying hidden agendas, is

unwilling to fully grasp the dangerous mix of fanatic Islam and nuclear weapons because it suits many of its top leadership fine to see Iran threaten Israel. It is why the U.N.-backed tribunal for Lebanon refused to indict the top terrorists in the Middle East: Assad of Syria and Hassan Nasrallah of Hezbollah.

Did you know that most Muslim fanatic countries don’t honor written agreements because it is a western invention? It’s all verbal, then a handshake, then their sons marry your daughters.

Whether the United Nations slaps an embargo on Iran or not, the Ayatollahs are going to build a bomb. Openly or secretly. It matters little how.

Whether Europe sleeps at the helm, circa 1933, or not, Iran is going to build a nuclear bomb. It is not because we appease the Ayatollahs that they refrain themselves. In accordance with Barack Obama’s Iran Deal terms, Iran had the right to start building a nuclear program starting in 2022. That’s two years from now. Obama gave a green light to Muslim fanatics to build a nuclear arsenal. Keep us out when praising him, please.

The Point? Iran is going nuclear and those crazy-eyed extremists in Tehran are going to enjoy every minute they threaten other countries. After Israel comes the United States. But don’t think Europe is excluded. Religious fanatics are loyal to the dictum of their ideology, not to any western agreement their culture refutes. Did you know that most Muslim fanatic countries don’t honor written agreements because it is a western invention? It’s all verbal, then a handshake, then their sons marry your daughters. That is a true Muslim agreement. Happy weddings.

So why is the United Nations refusing to embargo weapons to Iran knowing full well Iran will use those weapons in Syria, Yemen, and possibly Lebanon? Because turmoil and havoc suits the United Nations agenda quite well. Without death and destruction, the whole U.N. body is useless at best. The U.N. matters only when war and conflicts happen. This theory is not so revolutionary, but people are shocked because they cannot square it with a body of peace. But it is really true. If we did not have conflicts, the United Nations would not exist. Period.

Israel is doing the world a favor by pressing to strip the Ayatollahs of any means to go nuclear. Once armed with that weapon, the Ayatollahs will replace the charming Mohammad Zarif with a Mohammad Himmler of their own. If you think this is a joke, then you are clueless about Islamic fanaticism. Iran still stones women to death folks.

We cannot let the United Nations dictate to the world their hidden agendas. As they just did by letting Assad of Syria and Nasrallah of Hezbollah “get out of jail” free card after masterminding and killing former prime minister of Lebanon Rafik Hariri.

This shows the extent of the corruption at the top leadership of the United Nations.

Does the World Realize What a Nuclear Iran Means?