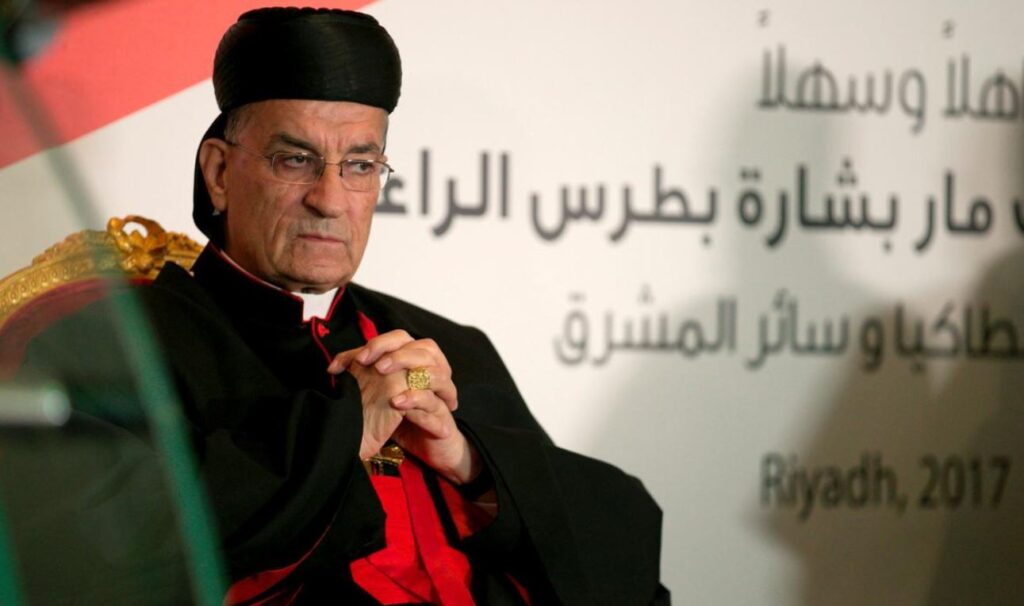 July 17, 2020 5:21 am 0
Hey Lebanese People You Want Iran, You Got Iran
Countries That Benefit From the Demise of Hezbollah
US Treasury Imposed Sanctions on Gibran Bassil

There have been many reactions in Lebanon after Ambassador Dorothy Shea criticized Hezbollah on Saudi TV. From Hezbollah judges attempting to stifle the Lebanese free press to Hezbollah paying poor Lebanese to protest in front of the American Embassy in Beirut. Most important, though, has been Patriarch Bechara Boutrous al-Rai, head of the Maronite Church, expressing openly the concerns of 30% of Lebanon’s population about a terror organization that takes its marching orders from Tehran. When Ambassador Shea spoke good Lebanese leaders listened and some reacted. They are communicating their frustration through her courage.

This stepped-up campaign to hold Hezbollah’s feet to the fire, when it comes to contributing greatly to Lebanon’s decline, is necessary because Tehran has ordered the group to reject most of the IMF conditions to pull Lebanon from the economic abyss. Not only did Hezbollah, along with other corrupt politicians, destroy Lebanon’s economy by helping themselves freely to the cookie jar for over 30 years, but Hezbollah is refusing to swallow the bitter medicine that comes with their crimes.

PATRIARCH AL-RAI IS STANDING UP TO HEZBOLLAH

Lebanon’s top Christian cleric stepped up criticism of the Iran-backed Shi’ite group Hezbollah and its allies without naming them on Sunday, saying Lebanese rejected being isolated from their allies and driven into decline.

For most of the last six months of financial turmoil in Lebanon, the Patriarch has been mostly absent. He watched people spill into the streets, and a new prime minister — beholden to Hezbollah — take office, yet, he did not react. But when Hezbollah is refusing to accept the IMF recommendations while hunger decimates Lebanon’s vibrant middle class, the Patriarch finds it his duty to speak out. And rightly so.

Ambassador Shea open examination of Hezbollah’s corruption encouraged the Patriarch to speak out.

The second time Patriarch al-Rai spoke is after he met with Michel Aoun, President of Lebanon and Hezbollah poupée-par-excellence.

Lebanon needs to stay neutral to be saved from hunger and poverty, its senior Christian cleric said on Wednesday, urging Lebanese to keep out of conflicts in Arab countries …


In other words, al-Rai was telling the Lebanese not to lose sight of their interests. They don’t lie in Iranian subjugation of the Lebanese people. Rather, Lebanon must maintain its historical friendship with Arab countries whose financial help the country needs urgently. Hezbollah has been driving a wedge between Lebanon and its Arab neighbors as part of its Iranian mission.

Iran, since the Iran Deal, has invaded and captured four Arab capitals.

The combination of the U.S. intent on exposing Hezbollah and now Patriarch al-Rai taking a bold step to save Lebanon from the clutches of Iran are having a positive effect in shining a damning light unto the terror group. Will Hezbollah also pay for protests in Bkerke, the seat of the Patriarchy? Or will it plan to terrorize the church to shut off its criticism?

Hezbollah is a killing machine. No one would feign shock if Hezbollah kills an important Lebanese figure to send a signal. One that begins with a bang and ends with many funerals. Just as it did to Rafik al-Hariri.  Just as it did to so many innocent Syrian civilians.

Will Clown Aoun Pivot Away From Hezbollah?
The Good News and the Bad News For Lebanon
The Lebanese Are In Disbelief Over The UN Hariri Verdict
Hezbollah Corruption 90 Hezbollah Terror 120 Iranian Occupation 199 Lebanese Uprising 75 Middle East News 220