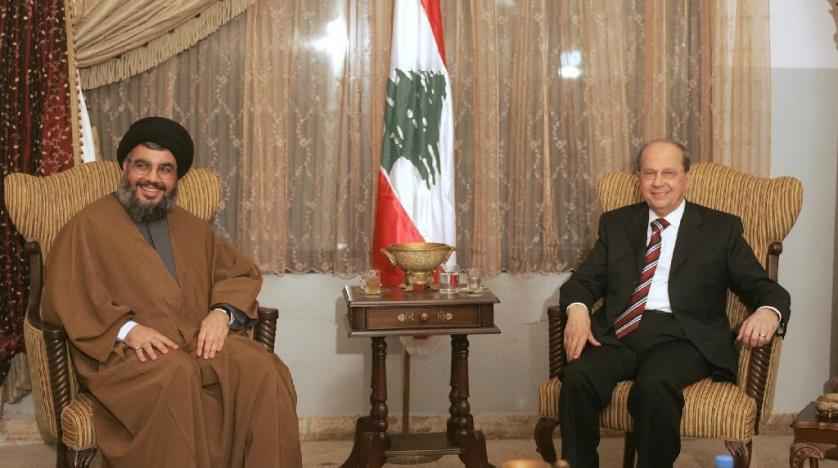 Michel Aoun is running scared and desperate because his affiliation with Hezbollah, a terrorist organization with American blood on its hands, is coming home to roost. This week both the State and the Treasury Departments sanctioned his son-in-law Gibran Bassil, who, like Aoun, is one of the most corrupt politicians in Lebanon. This was a shot across the bow and who knows maybe Secretary Pompeo has one last trick up his sleeves to also sanction Michel Aoun for aiding and abetting Hezbollah before Donald Trump leaves office.

That would go a long way to drive Lebanon towards normalcy again. During Aoun’s term, as president, Lebanon has collapsed as a country mainly because of his corruption.

Aoun is the Maduro of Venezuela, simply put.

Over the weekend, he went on the offensive. Reuters published a story in which it wrote:

President Michel Aoun said on Saturday that Lebanon would seek evidence and documents from the United States that led Washington to impose sanctions on his son-in-law Gebran Bassil, a prominent Christian politician.

The United States on Friday blacklisted Bassil, leader of Lebanon’s biggest Christian political bloc, accusing him of corruption and ties to the Iranian-backed Shi’ite Hezbollah movement that Washington deems a terrorist group.

TO SAVE LEBANON THE U.S. MUST SANCTION MICHEL AOUN

We said it before and we say it again. Lebanon disintegrated because of the extreme corruption of Michel Aoun who, some Lebanese politicians believe, has stashed billions of dollars in Swiss banks all pilfered and stolen from the Banque du Liban (BDL) equivalent to the Federal Reserve in the U.S.

BDL has refused to hand over documents or respond to questions ordered to audit its books. Aoun is running scared because the information in BDL might see the light of day, which also would indict Gibran Bassil, a co-conspirator in swindling the Lebanese government. So Aoun is fighting back as if he is an innocent man. The best defense is sometimes a good offense.

To truly save Lebanon from the jaws of Hezbollah, the U.S. must sanction Michel Aoun in order to expose his corruption. We hope president-elect Biden sees the same value in this right-on-target strategy, and he continues on the same path.