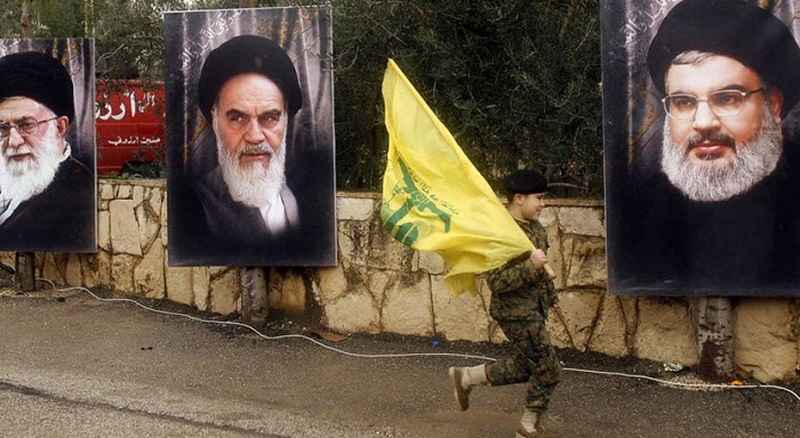 How Much Should the Syrian People Sue Iran and Hezbollah For?

July 26, 2020 5:32 am 0
The Thuggery of Hezbollah is Pure Evil
Hezbollah Sending its Children to Die in Syria
Israel Launches a PR Campaign Against Hezbollah

When a U.S. F-15 jet fighter accosted mid-air a Mahan Air passenger jet with a history of transporting IRGC terrorists to kill Syrian civilians, Iran decided to sue the United States. For a passenger who got a bloodied nose as the plane dived 14,000 feet abruptly because the pilot panicked. Based on this logic, how much should the Syrian people sue Iran and Hezbollah for? The Ayatollahs in Tehran and Hezbollah in Lebanon deliberately murdered tens of thousands of Syrian women and children.

Iran’s judiciary said on Saturday that passengers of an airliner that Tehran has said was “harassed” this week by an American fighter jet over Syria can sue the U.S. military for damages in Iranian courts .. Footage of the inside of the airliner broadcast by Iranian state TV on Friday showed a passenger … with a wounded nose and forehead.

If a wounded nose and forehead compel the Ayatollahs to sue the US in courts, how much does the Iranian judiciary think the Syrian people should sue Iran for because of its IRGC role in killing so many thousands of innocent Syrian civilians? In addition to forced Sunni-to-Shia conversions; just as the Islamic State forced the Yazidis to convert?

How much should any Syrian family impacted by Iranian violence and terror should sue Iran for? In our opinion, the US sanctions are taking a heavy psychological toll on the terrorist Ayatollahs. They seem to think their horror show in Syria is immune from legal action, and a panicked Mahan Air pilot who injured his own passengers is worth their propaganda in gold.

Iran is not the victim here. The country’s leadership are murdering terrorists preying on the weak and the unarmed

The violence the Ayatollahs perpetrated against the Syrian people has gone mostly unpunished. Iran seems to think it can use international laws to pursue its rights while ignoring the very same laws to kill and maim others. We believe time has come for the U.S. to assist every Syrian family impacted by Iranian terror to seek real justice. Not for a bloodied nose but for so many lives of women and children the Iranian regime snatched out of existence.

For every battle the IRGC and Hezbollah were present, the evidence will show the civilian high mortality rate. Starting with Homs, Hama, al-Qusayr, Khan Shaykoun, Ar Rastan, Talkhalak, and so many small villages in between. Especially between 2012 and 2015. The media has reported heavily on these battles and the records the United Nations kept of dead Syrians will provide ample evidence of IRGC culpability. Besides all the forced displacement the Ayatollahs caused.

It is not hard to gather the evidence from a variety of sources. If a bloodied nose compels the Mullahs to take legal action, then Syrian mass graves and over-crowded cemeteries compel the Syrian people to take a similar action against Iran. The more pressure we can lay at the feet of the Ayatollahs, the higher the chance we can extract them from Syria.

At least, in the short-term, any State Department announcement to the effect of assisting the Syrian people find justice against Iran will put a halt to this Iranian charade. Iran is not the victim here. The country’s leadership are murdering terrorists preying on the weak and the unarmed.

How Much Should the Syrian People Sue Iran and Hezbollah For?