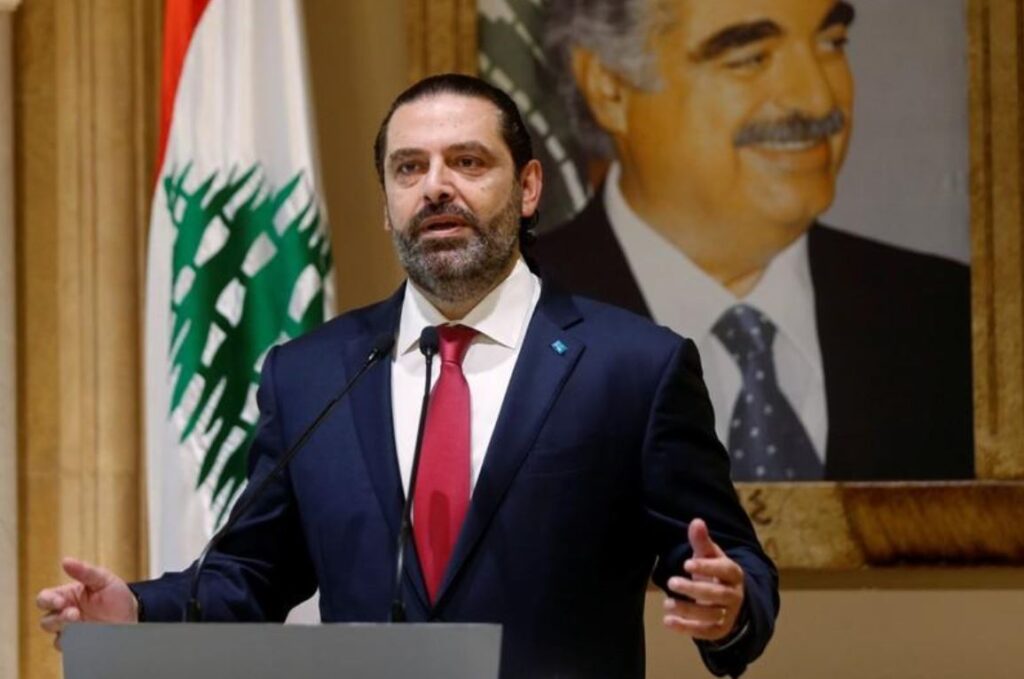 Lebanon’s Saad al-Hariri said on Tuesday he did not want to be prime minister of a new government, putting the onus on adversaries including the Iran-backed terrorist group Hezbollah to find an alternative who can steer the country out of crisis. In doing so, Hariri squeezes terrorist Hezbollah that killed his father Rafik al-Hariri in 2005.

In his latest public statement, Hariri said his decision was final. He quit on Oct. 29 in the face of nationwide protests against Lebanon’s ruling elite, to include Hezbollah, over rampant state corruption.

His decision leaves no clear front runner to form a government. One that must tackle the worst economic crisis since the 1975-90 civil war. The post is reserved for a Sunni Muslim in Lebanon’s sectarian power-sharing system. No Sunni Muslim wants to be a puppet to the corrupt Hezbollah terrorist network.

Five weeks since the protests began, the situation facing Lebanon is as grave as any since the end of the civil war. It is raising global concerns for the stability of a heavily indebted state riven by sectarianism.

Terrorist Hezbollah and its allies had wanted Hariri to return as premier. But it rejected his demand for the formation of a cabinet of expert ministers only. Instead, they sought a government comprising both technocrats and politicians. Without politicians ruling the government, Hezbollah looses its control.

Hariri said in a written statement:

I am sticking by the rule ‘not me, rather someone else’ to form a government that addresses the aspirations of the young men and women. I have full hope and confidence, after announcing this clear and decisive decision, that the president of the republic … will immediately call the binding parliamentary consultations to designate a new prime minister.

A statement from Hariri’s office denied he had proposed names currently circulating on social media.

President Michel Aoun, a Maronite Christian in bed with terrorist Hezbollah, must now hold official consultations with members of parliament to designate a new prime minister. They will nominate the candidate with the greatest support.

A ministerial source close to Aoun said the next government would not be of “one color” and that there would be an effort to work with Hariri to agree on the next prime minister.

Druze leader Walid Jumblatt, a political ally of Hariri, said Hariri had taken the decision after attempts to impose “unacceptable conditions” on him.

He decided to leave the way for somebody else, which is good. The prime minister did his best to have an acceptable technocratic government, to find a compromise. It was rejected, so he decided to quit. Let’s hope that the new one can succeed and basically concentrate on the economic crisis.

The long-brewing economic crisis is facing a shortage of hard currency.

The pound slid further on Tuesday with five foreign exchange dealers offering dollars at rates of between 2,100 and 2,130 pounds. This makes the lebanese Pound 41% weaker than the official rate of 1,507.5 pounds.

ASSISTANCE WITHHELD BECAUSE OF HEZBOLLAH

President Donald Trump’s administration has been holding off on more than $100 million of military assistance to Lebanon already approved by Congress.

David Hale, U.S. Undersecretary for Political Affairs at State Department earlier this month confirmed the freeze in his testimony during the Trump impeachment inquiries.

On Tuesday, David Schenker, U.S. Assistant Secretary of State for Near Eastern Affairs said a review was underway but gave no further details.

We’re still working. It’s still working its way through the bureaucratic process … At the same time, no equipment, weapons, ammunition that was supposed to arrive – be delivered – to the LAF has been delayed in any way.