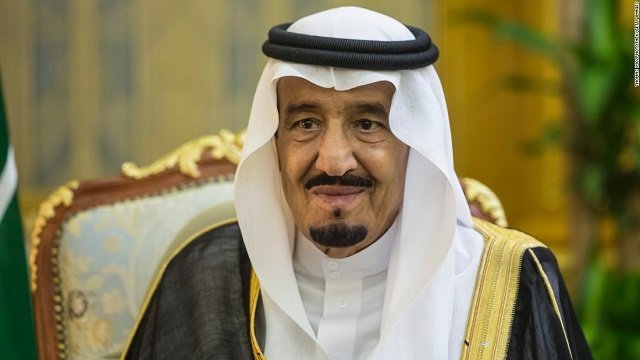 The hardships the Syrian people are suffering are beyond description. If the Assad and Khamenei snipers do not kill pregnant women as they forage for food like stray cats, they starve Syria’s children to death. If you are lucky to survive, Assad will bomb you with “Barrel” and Cluster bombs, or Putin’s SCUDS until you burn or fragment and scatter over a football stadium-wide radius. For those lucky enough to escape, they live in latrines the UN calls refugee camps in Turkey, Jordan, and an unwelcoming Lebanon where Hezbollah finishes the job started by Assad. The situation is so dire, the UN is ecstatic when it is able to deliver food to 6,000 families when 6,000,000 Syrians are suffering from malnutrition, diseases like Polio, and overexposure.

Yet the world stands by and watches as if Darfur and Rwanda are distant memories. Besides scant aid and plenty of lip service by Western leaders, to include the complete silence by the heartless Barack Obama, the Syrian forgotten people Assad is ethnically cleansing to tip the demographic balance in favor of Iran and Hezbollah have become a Chess piece Obama is happy to discard in support of the terrorists he now calls partners.

In this atmosphere of desensitized consciences and dehumanized responses to tragedies, Saudi Arabia has been at the forefront of supporting the Syrian people, not only with funds and resources but also with strong words and purposeful actions. Saudi reaction is the result of two consequences: Assad has turned the civil war into a sectarian war to cleanse Sunni Muslims Saudi Arabia feels it has an obligation to defend and Saudi Arabia expects the next battleground, if it loses to Iran in Syria, will be much closer to home in one of the GCC countries.

Do you think Obama did not know what he was unleashing in the region by siding with the terrorists in Iran and Syria?

In the act of dividing the American people into Republicans and Democrats along the income equality divide, Obama, as well, has cemented the divisions between Sunnis and Shia fighting viciously for survival and magnified Assad’s sectarian war. In today’s Arab world, if you dare to express yourself through the prism of nationalism or race, you first have to show your religious identity for others to understand your motives.

For many of us, there is no such thing as Sunni vs. Shia or Muslims vs. Jew because we believe in a modern world where the characters of a nation and its people set the tone for peace and co-existence. However, because Obama first neglected to support the moderate defectors from the Syrian Army — All of them senior officers Assad vetted for their non-extremist beliefs – he has now permitted the region to divide along the Sunni/Shia crevice by collaborating with Tehran to keep Assad safe. To survive, this means all Sunnis have no choice but to support Saudi Arabia and all Shias have no choice but to support Iran or Assad of Syria (The Alawites consider themselves followers of the Prophet Ali).

Every place Obama targets with his talents, its people divide and scatter. The man is a rolling earthquake leaving destruction and mayhem everywhere he goes.

In the past, if a journalist or a media outlet attacked Saudi Arabia, it was mostly due to 9/11 or due to today’s extreme Wahhabis as abominable as the Mullahs ruling Iran are. However, the political cloud covering the region is dictating a different set of rules. If you are against Assad and/or Iran, then you have no choice but to stand by and support Saudi Arabia regardless of the circumstances. Similarly, if you are against Saudi Arabia, then you have no choice but to support Iran and Assad. The room for someone who feels how wrong both countries are lacks sufficient oxygen to survive. Even a moderate Shia attacking Saudi Arabia for no reason or an inconsequential one, he/she is bound to raise suspicion about their loyalty to Iran or Hezbollah and the reverse is as true.

Similarly, if you are against Iran or Assad, you are compelled to support Israel, which is why the Saudis find themselves collaborating with Israel the way Obama is collaborating with Tehran and Damascus. The difference, of course, is that Khamenei, Assad, and Nasrallah have no qualms about using Sunni pregnant women as target practice or starve Sunni children to death, while al-Sauds are incapable of such violent extremes. As far as Obama is concerned, he is indifferent to the sufferings of others as long as he gets to play Golf, party at the White House, and deliver fiery divisive speeches. These are his talents.

Whether we want to or not, the president we voted for twice is deconstructing the balances of power that have kept, for the most part, the world safe since WWII. Under George Bush, Islamic terror began running for its life, but under Barack Obama, Islamic terror is now a legitimate partner of the United States.

How and what may happen next is anybody’s guess; however, ask any expert and he/she will tell you that all the ingredients needed to start a grand and devastating war are now in place, which begin with the sense that countries deem their very existence to be endangered by another more aggressive country. Add the religious aspect Assad has started and Obama has exacerbated, which produced many ancient wars starting with the expansion of Islam and the resulting Crusades of Alexander and you have all the fundamental excuses in place for WWIII Obama has set in motion with his calamitous and I believe intentional policies.

Do you see Obama taking a selfie from Air Force One, with Valerie Jarrett by his side, as Jerusalem or Tehran or Riyadh burn? I think he is looking forward to this one.