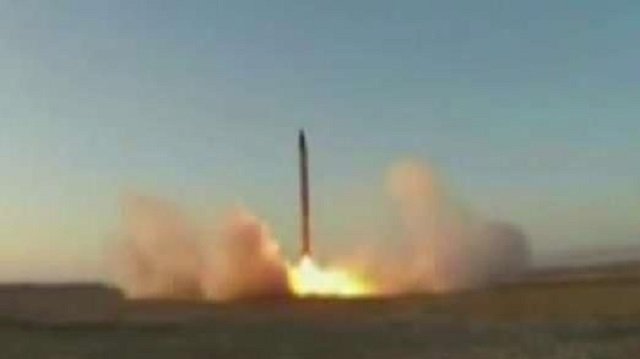 March 12, 2016 5:15 pm 0
Regime Change and Not Arms Race
Saving Assad will come back to haunt us one day
Nuclear Syria or Intelligence on al-Qaeda?

Prime Minister Benjamin Netanyahu has ordered Israeli diplomats to demand that world powers punish Iran for its recent ballistic missile launches, his office said on Saturday. In Obama’s absence, Israel asserts its rights to protect itself from Iranian terror.

Netanyahu “instructed the foreign ministry to contact the P5+1 countries and demand that immediate punitive measures be taken in the wake of Iran’s repeated and gross violations on the missiles issue”, it said in an English-language statement. It was the P5+1 countries who signed off on the Iran Deal that assured Israel its security is not compromised.

“This is an important step in and of itself and is also a test of the major powers in enforcing the nuclear agreement,” it added.

An agreement between Iran and the permanent five members of the U.N. Security Council plus Germany (P5+1) lifts international sanctions in return for Tehran ensuring that its nuclear program remains purely for civilian use.

Israel strongly opposed the deal with its arch-foe, with Netanyahu warning that it would not block Iran’s path to nuclear weapons.

Iran says it fired two long-range ballistic missiles on Wednesday and similar tests were carried out on Tuesday, less than two months after the Iran nuclear deal was implemented.

On Thursday, an Israeli foreign ministry statement condemned the launches.

“The development of ground-to-ground missiles with nuclear warhead capability calls into question Iran’s intentions to comply in full with the nuclear agreement,” it said.

Samantha Power, the U.S. ambassador to the United Nations, said on Friday that she had asked the Security Council to discuss the matter on Monday. But with Obama siding with the terrorists in Tehran, her intervention will not stop Iran, nor convince the anti-Semitic Barack Obama of changing course.

Under the deal with Iran that came into force on January 16, most sanctions resolutions against Tehran were annulled.

But an arms embargo and restrictions on ballistic missile technology capable of carrying a nuclear warhead remain in place, under Resolution 2231. Nonetheless, Obama ignores them.

Iran has maintained that its missile program is not aimed at developing a nuclear capability.