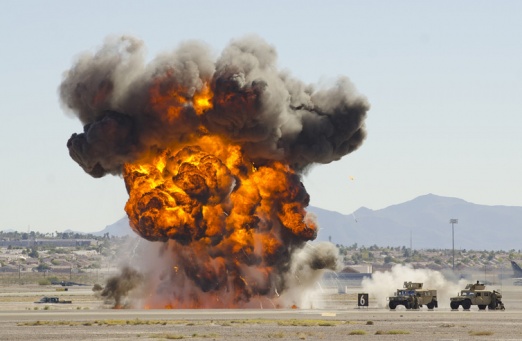 Ever since the Iraq War, the United States has adopted one standard policy when it comes to dealing with Iran: Avoid confrontation, ignore IRGC terror, and run away from dealing with the reality of war with Iran. Secretary of State Condoleezza Rice singlehandedly enforced that policy, which promoted the notion, to Iran, that America fears their Islamic Revolution. After the Assassination of Qassem Soleimani, President Trump reversed Condoleezza Rice duck, cover, and run stigma. Today, Khamenei no longer believes that we fear him or his regime.

During the Iraq War, both Assad and Khamenei unleashed their IED terror against U.S. troops in Iraq using al-Qaeda as their proxy. Secretary Rice convinced President Bush that we must lick our wounds and retreat. Instead of responding to Iranian terror by going on the offensive. We literally have been ducking and running away from Iran ever since.

“The truth is that war between the United States and Iran is inevitable. The more we delay it, the more lethal it becomes.”

Trump, however, in one single decision, blew the top of our Rice Stigma. America is free from it even though Congress is attempting, unsuccessfully, to rebuild it by voting to restrain the President war powers. The truth is that war between the United States and Iran is inevitable. The more we delay it, the more lethal it becomes. Those who think that peace with Khamenei is possible, even though his regime harbors nothing but hate and ill-will, are fools. Khamenei and his trained ilks have but one obsession: To inflict the biggest harm on this country. Continuously until we kneel before their turbans.

WAR OF ATTRITION IRAN WAS WINNING

Our democracy restrains our leaders from taking the necessary steps to protect this country. Add to this reality the legacy attribute every President obsesses over 24/7 and it is hard to see us go to war with Iran unless something as tragic as Pearl Harbor or 9/11 occurs.

Iran can kill few Americans here and there forever, and we would still be ducking and running forever as well. The cunning Ayatollahs understand our limitation to unleashing our firepower against their regime of terror, which permits Iran to score one victory after another in this slow-as-molasses war of attrition Khamenei is perpetrating against us.

However, now that we dare attack their leadership, Trump changed the game and its rules. Notice how Iran deliberately avoided harming our troops in Iraq in response to assassinating Soleimani. Why? Because Trump reversed Condoleezza Rice duck, cover, and run stigma. Iran knows better not to attack and kill our people anywhere in the Middle East. All they have to do is wait for an appeaser President to take office again. One whose name might be Joe Biden.

AMERICA NEEDS TO FINISH THE JOB

There is no avoiding Iran or its terror in the region. The Ayatollahs have grand plans to occupy and control the Middle East and its natural resources. In addition to governing an ethnic cleansing campaign befitting their real religious purpose, which includes genocide against Sunni Muslims and Jews. Syria was but a microcosm of the barbarity Iran is capable of inflicting upon our interests and allies. In fact, we believe dislodging the Ayatollahs from power is both a duty and a responsibility we must not duck, cover, and run away from.

We believe there are two root problems that prevent us from finishing the job.

Even though the assassination of Soleimani helped curb future terror against our troops, some politicians still found the air and print time to condemn the President’s action, which is testimony to our first point: The American voter does not object to the selfishness of their representatives.

Bin Laden killed 2,977 innocent victims on 9/11. In contrast, Soleimani is directly responsible for the death of 608 U.S. troops in Iraq; in addition to 241 U.S. Marines in the Beirut 1983 barracks attack. What is the benchmark here? One thousand or above American casualties for a President to act?

Khamenei’s terror is not going away. America must finish the job sooner or later through forced regime change.