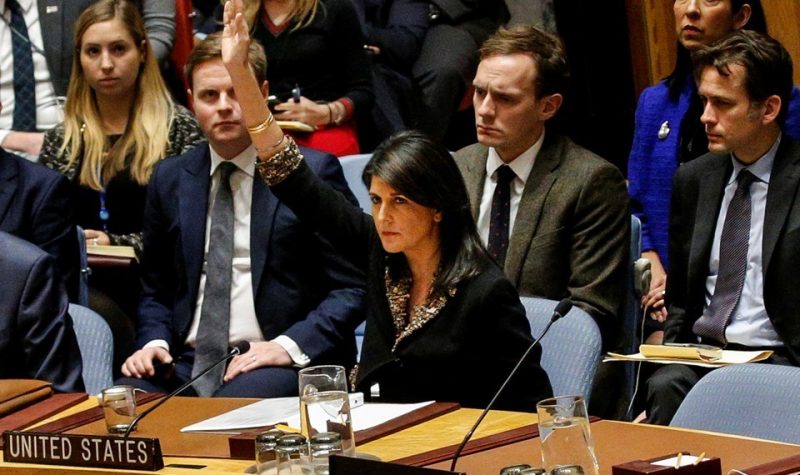 March 4, 2018 10:23 am 0
Natural Born Women Killers in Islam
Kerry Saved Genocidal Assad. What Does That Make Him?
Keep dreaming Assad

Our good Ambassador Nikki Haley, who has worked last week very diligently to pass U.N. Resolution 2401 calling on all parties in Syria to observe a 30-day ceasefire, is discovering a sobering fact: The word of a Russian is as good as his cheap Vodka. We believe the next possible Trump resignation to be Ambassador Nikki Haley. Trump’s lack of support for her efforts is a tad too much for this brilliant woman.

The ceasefire never took hold. The Russians, along with the Assad regime, are defying the U.N. Resolution they agreed to sign in spite of world condemnation. In fact, Russian planes have been observed dropping deadly munitions on civilians in East Ghouta.

Not only is Putin and his lackey Assad abrogating their responsibilities, but Assad is blocking any U.N. Humanitarian Aid from reaching East Ghouta. Assad is attempting to convince the U.N. he will do the deliveries. This is not a joke.

Meanwhile, Donald Trump is busy watching TV (The man does not read at all) and criticizing anyone who criticizes him on Cable TV. Publicly or privately. It has gotten so bad inside the White House, Trump’s top aides have no clue how to deal with a maniacal man-child narcissist whose bursts of anger against his critics is poisoning the White House morale.

With Trump’s fully paying attention to his own personae, it is likely that Ambassador Haley, who must be watching with total horror Putin make a fool of the United States, could submit her resignation. I just don’t see how an Ambassador of her caliber stay on the job while her boss refuses to support her efforts by standing firm against Putin, or by responding to his excesses of terror.

Haley knows that Trump has a soft spot for Putin, which is why the next possible Trump resignation is her own because Trump is not about to stand-up to the thug ruling Russia. How can she perform her duties successfully if her boss refuses to acknowledge the threat Vladimir Putin poses for the United States?

Note to Special Counsel Robert Mueller: The fact Trump refuses to stand-up to Putin, and the fact Putin seems to ignore Trump all together, might be construed as circumstantial evidence that Putin holds the goods on Trump. What kind of a President ignores totally an enemy when that enemy flaunts its powers to weaken the President’s own high officials?

Trump is that kind of a President.