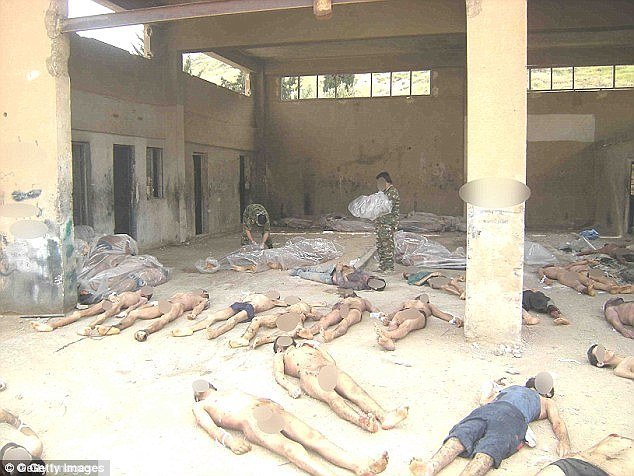 April 2, 2016 8:55 am 0
Optimistic Facts and Predictions About the Arab Revolutions
You Think Obama Did Not Know This Was Going to Happen?
Diplomacy is failing in Syria, Obama acknowledges

Is Google whitewashing Assad terror? If you would like to see for yourself, go to Google Images and type “Assad terror”. In return, you will get image after image of his presidential sanctioned photos his regime of terror publicizes.

Not one image of the terror he has perpetrated against his own people that resulted in more than 470,000 Syrians dead. This on top of almost five million refugees and another 7 million displaced internally inside Syria.

Not one image of barrel bombs Assad routinely drops on civilians.

Or any images representing the gassing of East Ghouta by his regime using sarin gas to kill over 1,400 women and children.

Or any images of his troops mass murdering Syrians and dumping them in mass graves.

Just imagine for a moment if you entered the words “Nazi terror” on the same Google Images website, but instead of Holocaust images, you get image after image of Adolf Hitler in uniform, smiling, shaking hands, and delivering speeches. What do you think the Jewish community would do to Google?

After all, did the Holocaust Museum not put on display the images of torture perpetrated by the Assad regime over so many years of his rule? What is wrong with Google?

Just to make sure we did not trip upon an anomaly, we used the same website to search for images related to “ISIS terror”. Long and behold you see every image imaginable of their atrocities including beheadings.

Why is Google whitewashing Assad terror crimes by ignoring the hundreds of thousands of images the civil war produced? Do you think the Obama administration is behind it just as another favor to Iran? Do you think Google is complicit or is this a faulty code in their software?

Or maybe the Assad regime figured out a way to beat the Google search results because it is simply not normal for so many pictures of a presidential Assad to appear instead of the terror he inflicted upon so many.

We hope Google looks into the matter and makes the appropriate changes.