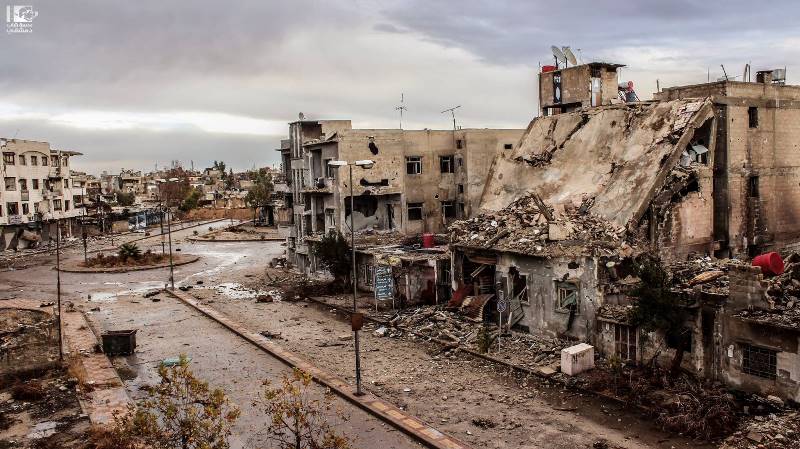 When Will Helpless Syrian Civilians Earn a “Never Again”?

In the aftermath of the Parkland Massacre that took the lives of 17 innocent kids, a national student movement sprang up to action with the intent to ban assault rifles. Just like the Jews who experienced the Holocaust and the unstoppable Zionist Movement that followed adopted “Never Again” as their rally for survival, so have the students around the country. This pegs the question: When will helpless Syrian civilians earn a “Never Again” backed by American and international support?

When will the Syrian people be recognized as human beings, just like any other, and guaranteed their safety from the onslaught of evil men like Assad, Putin, and Khamenei? We helped those who experienced the terror of ISIS, but, besides meaningless words, we have been ignoring those who are experiencing the terror of Assad. What message do we send when we strike religious terrorists but ignore political terrorists. Hitler was a political terrorist if you recall.

Here is our theory of why help has been missing.

The West struck a secret agreement with Assad (More on this later) that in return for not forcing Syrian refugees to head in droves towards Europe, the West would simply no longer speak of regime change and ignore his terror. Have you noticed how the refugee problem has suddenly been dealt with? None of the Syrians leaving East Ghouta or the Idlib Province suddenly find boats, provided by the Assad regime, ready to ship them to European shores.

So, all that is left for those daft Europeans is talk. Cheaply and hesitantly.

How did we get here? One needs to ask Barack Obama, the supreme wimp, who abandoned the Ukraine to Putin and Syria to Khamenei and Putin. We cannot wait for his book to read the excuses he will be making or the lies he will writing to erase his shameful history as one of the weakest U.S. Presidents ever. Barack Obama makes Jimmy Carter look like Sampson.

To answer the question of when will Syrian helpless civilians earn a “Never Again” backed by strong western support? Not anytime soon. The conspiracies that have been weaved to abandon them to terror are, in and by themselves, crimes against humanity in which the conspirators involved are the leaders we cheer everyday because of our ignorance and stupidity.

If our silence is causing Syrian suffering today, tomorrow could cause other citizens, groups, minorities, or culture to become a victim of its own silence today.

When Will Helpless Syrian Civilians Earn a “Never Again”?