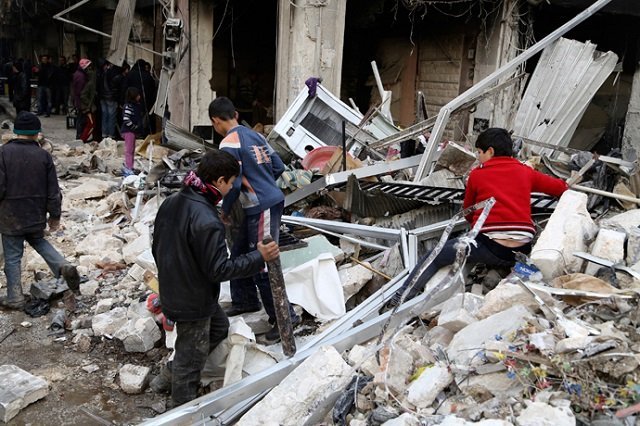 The six-paragraph statement, while not enforceable in and of itself, could have been a building block toward a Security Council resolution at a later date. In it, the member nations expressed concern at the escalating level of violence by all parties in the Syrian civil war, outrage at the airstrikes carried out by Bashar al-Assad’s government on Aleppo itself, and warned that the humanitarian situation in Syria continued to deteriorate ahead of a planned peace conference in Geneva later this month.

A U.N. diplomat, who spoke on condition of anonymity because the negotiations were private, told the Associated Press Wednesday that Russia introduced amendments that watered down the original statement so it had no meaningful impact on the situation in Aleppo. As a result, Britain could no longer support the draft language.

Russia, a staunch supporter of Assad, has already used its veto power in the Security Council to block three resolutions related to the Syrian conflict. Last month, Russia used a similar tactic to derail a U.S.-sponsored draft statement that singled out the Syrian government for condemnation.

The Russian Mission to the U.N. has so far not responded to Fox News’ request for an explanation for not joining the rest of the council in supporting the statement, which required consensus to pass and was supported by the other 14 members, including the United States.

The U.N. estimates that over 3,000 people have been injured since the daily airstrikes against Aleppo began on December 15.