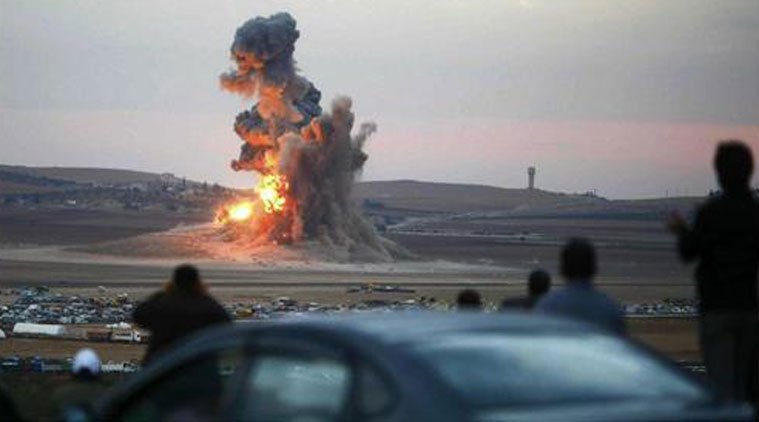 No words can adequately describe what it is like to save a life. It is pure elation to find and rescue a baby from beneath mountains of rubble. But for us the elation never lasts because we are constantly under attack.

In Aleppo, as in many Syrian cities, the sky has become an obsession. Children on street corners stand watching for helicopters. A clear sky in the morning means we must prepare for barrel bombs.

Before the uprising, I was an electrical supplies salesman. Today, I lead the biggest rescue operation in Syria. We are more than 2,000 men and women who volunteer as firefighters, search-and-rescue workers and paramedics. We are nonsectarian, unarmed and neutral, and we have saved more than 15,000 people from all sides of this conflict, including fighters for the regime. We are the Syrian Civil Defense, but because of our uniforms we are known as the White Helmets.

After the bombs rain down, we rush in to dig for survivors. Our motto, “to save one life is to save all humanity,” is what drives us on. But for every life we save, countless more are lost.

Some are killed by airstrikes from the U.S.-led coalition. But the single greatest killer is the barrel bomb: a rusty barrel packed with explosives and nails, glass, shrapnel, sometimes even axes. Pushed from the Assad regime’s helicopters, the barrels hurtle from high in the sky and explode onto our markets, hospitals and homes. The regime drops them deep into civilian areas so there is no risk of the wind blowing them back onto its forces on the front lines. The largest bombs can ravage an area the size of 10 buildings.

Some bombs contain chlorine, despite an explicit resolution from the U.N. Security Council this month condemning its use. With no protective suits, we have responded to scenes of panic and chaos where poisoned civilians choked helplessly to death.

The barrel bombs often come in pairs, with the second falling only after neighbors and rescuers have gathered to help the injured. Still, we go, knowing that death could come at any moment.

You cannot run from these bombs. They produce a blast wave that will turn your insides to jelly. All you can do is hit the ground and hope the blast passes over you. To date, we have lost 87 volunteers, though we will carry them in our hearts forever.

A year ago, the Security Council first demanded an end to the use of barrel bombs. Since then, thousands have been dropped. Last month alone — the same month Syrian dictator Bashar Assad told the BBC that his forces do not use barrel bombs — hundreds were dropped across the country.

The Security Council promised to act if its demands went unheeded — but it hasn’t. Its empty promise has only emboldened the regime.

The suffering in Syria must end. We cannot go on forever listening for the sounds of survivors through the collapsed roofs of schools and clinics. We cannot go on carrying the bodies of children killed in a conflict they had no part in. Every bomb that drops deepens Syria’s cycle of violence and extremism.

Only the international community can stop the bombs — with a no-fly zone, if necessary. We call on the United Nations and the world to remember its promise to the Syrian people. Please stop the bombs.

Raed al Saleh is head of the Syrian Civil Defense rescue organization. He wrote this for The Washington Post.

Video of an Assad helicopter dropping a barrel bomb