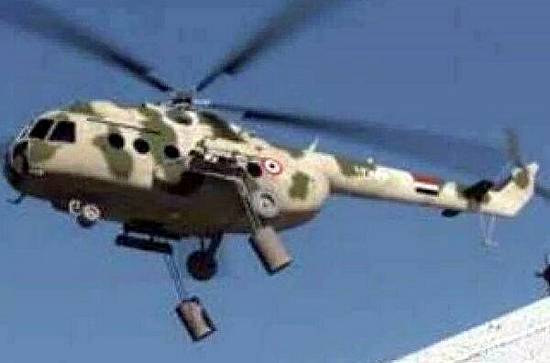 The United States is pushing the United Nations Security Council to condemn the use of chlorine as a chemical weapon in Syria, and impose unspecified measures against those who use it in the future.

A draft resolution written by the United States, obtained by The New York Times on Wednesday evening, does not specify who used chlorine as a weapon in Syria’s civil war, except to remind the government of Syria that it had agreed to destroy its chemical-weapons arsenal under a resolution adopted in September 2013.

The Organization for the Prohibition of Chemical Weapons, the global group that monitors compliance with a treaty banning these munitions, concluded in a report this year that chlorine had been used to make bombs, which witnesses said were dropped from helicopters.

That report also did not say who was to blame, although the Syrian military is the only faction in the conflict that has helicopters. Activists have previously collected video of aerial bomb attacks, in which yellow gas is seen being released.

The draft resolution threatens to “impose measures under Chapter VII of the United Nations Charter,” which in principle could involve sanctions or military force, in the event of noncompliance in the future.

Officials at the United States Mission to the United Nations did not immediately respond to a request for comment on the draft resolution.

United Nations diplomats said the measure was circulated to other members of the Security Council on Wednesday evening for discussion on Thursday. It is expected to come up for a vote on Friday.

Dismantling Syria’s chemical-weapons program is one of the few areas in which Russia, a backer of President Bashar al-Assad of Syria, and the West have found common cause.

Mr. Assad’s government assembled a list of the chemicals it had stockpiled. A joint mission by the United Nations and the Organization for the Prohibition of Chemical Weapons oversaw the destruction of the stockpile, which was completed last year.

But even as international inspectors were overseeing the destruction of the arsenal, reports emerged in the spring of 2014 that bombs containing chlorine were being dropped.

The use of chlorine as a weapon is banned under the Chemical Weapons Treaty, which the Syrian government signed as part of its commitment to destroy the arsenal.