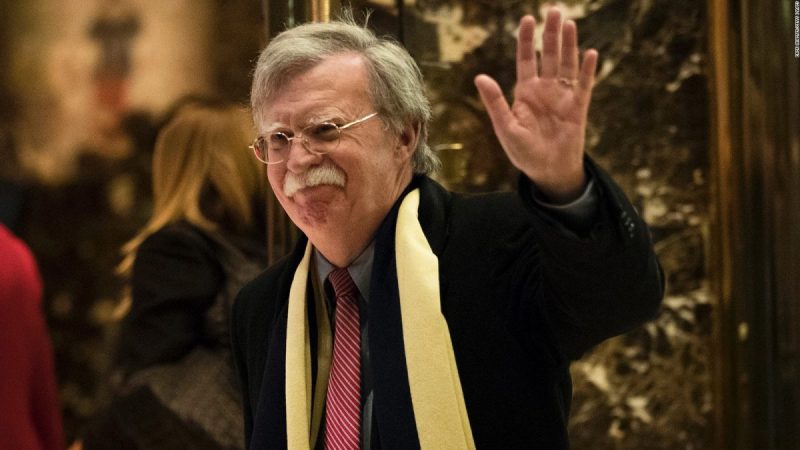 There are very few people Falafel likes. One, though, is John Bolton. This skilled diplomat and politician does not detract you with endless stream of hollow sounding words. He gets it and makes you get it too.

John Bolton is one of the very few people in Washington who angles to change the Iranian regime for its terror activities; something TFS believes is the only language those terrorist Ayatollahs understand. As such, it was time for another Falafel masterpiece.

It was time for Falafel to interview John Bolton to understand how will he deal with a non-interventionist Donald Trump. How will John Bolton persuade a child-like President that it is in our best interests to change the regime in Iran even if Putin disagrees with this strategy? There is a clash of ideas and purpose coming up on the horizon, especially when it comes to Iran and Syria. As such, it was time to understand what are John Bolton’s moves, Falafel reasoned.

The interview took place in a private suite at the Willard Hotel a block away from the White House.

Falafel: Good morning Ambassador Bolton. Thank you for the opportunity.

Bolton: Please sit. I look forward to talk Syria and Iran with you.

Falafel: As you know, the President said we are exiting Syria. What do you make of that decision?

Bolton: I agree with it. No need to put our troops in harm’s way for somebody else’s wars.

Falafel: This will enlarge Iranian footprint in Syria.

Bolton: Yes, it would.

Falafel: I don’t get it. How is that helpful?

Bolton: When the enemy spreads thin, fight him inside his home. Key to all of our problems is regime change in Iran, not Syria.

Falafel: A loose Assad is a dangerous Assad.

Bolton: A weak loose Assad is a submissive creature. Assad gets his strength from Khamenei. We are dealing with him as we speak.

Falafel: What about Putin?

Bolton: I say in due course, we will clip his wings. Iran comes first to break its crescent of terror.

Falafel: What is the plan?

Bolton: The Iranian people are ready for change. We are going to give them a small push to make it happen.

Suddenly, Bolton’s phone rang. He excused himself for a moment, then came back with a stern look.

Falafel: Was that President Trump on the phone?

Falafel: Any timetable for regime change?

Bolton: Always up to the President.

Falafel: This is too thin Ambassador. Where is the meat?

Bolton: We are cooperating with our allies. Therefore, discretion is crucial during this stage. I am sure your readers would understand.

Falafel: What if Putin douses your plans with cold water? More importantly, he derails them because it would not suit Russia’s interests? Would the President listen to him?

Bolton: It is hard under the present political circumstances in Washington for Putin to isolate our President to whisper in his ears. Accordingly, as long as the President gatekeepers keep him away from Putin, we can guarantee our plans to move forward.

Falafel: But what if Putin succeeds in sitting down with the President. Mano a mano. Without Bolton and Pompeo.

The phone rings again. Bolton, this time around, answers in Falafel’s presence.

Falafel interviews John Bolton came to an end. Falafel knew well that Bolton’s plan to defeat the Ayatollahs through regime change is our best bet to rid the region from their terror. On Putin, he was not sure anyone could control this loose canon of a president.

No one understood the hold Putin has on our President.