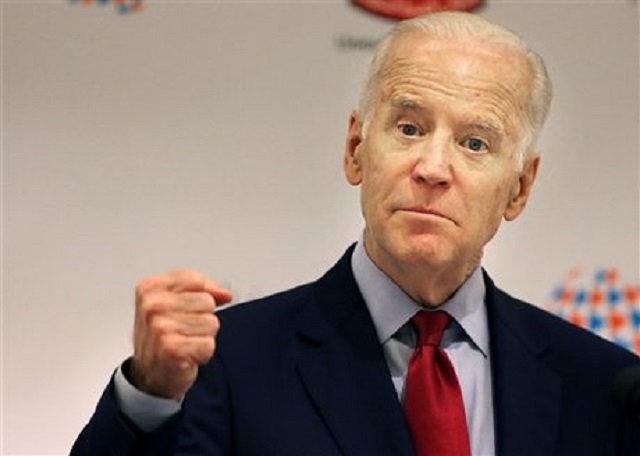 March 9, 2016 8:34 am 0
Will Assad survive the Iranian regime?
Saudi Arabia Will Lose to Iran in Syria If …
Of Masochistic Non Interventionists and Their Flying Saddles

Biden said during a visit to Israel and the Palestinian territories:

“I want to reiterate, as I know people still doubt, if in fact they break the (nuclear) deal, we will act. All their conventional activity outside the deal, which is still beyond the deal, we will and are attempting to act wherever we can find it.”

The Mullahs will never be able to sleep again properly now that threatening Joe Biden has weighed-in.

Iran fired two more long-range ballistic missiles on Wednesday as it continued military tests in defiance of US sanctions and fresh warnings from Washington.

Coming just weeks after the implementation of Iran’s historic nuclear deal with world powers, this week’s multiple missile tests were described by Iran’s powerful Revolutionary Guards as a show of force in the face of U.S. pressure.

After similar tests on Tuesday, Washington warned it could raise the issue with the U.N. Security Council and take further action after U.S. sanctions were imposed in connection with Iran’s missile program in January.

Ballistic missile tests have been seen as a way for Iran’s military to demonstrate that the nuclear deal will have no impact on its plans, which it says are for domestic defense only.

The hard-fought deal, which saw international sanctions lifted in exchange for curbs on Iran’s nuclear ambitions, did not extend to its missile program.

Biden spoke after meeting Israeli Prime Minister Benjamin Netanyahu, who forcefully opposed the nuclear accord with Iran, his country’s arch-foe. “I told you so” must have the PM told the VP. After which the VP told the PM a joke about a Rabbi in Philadelphia. Just in case you don’t know who Joe Biden is.