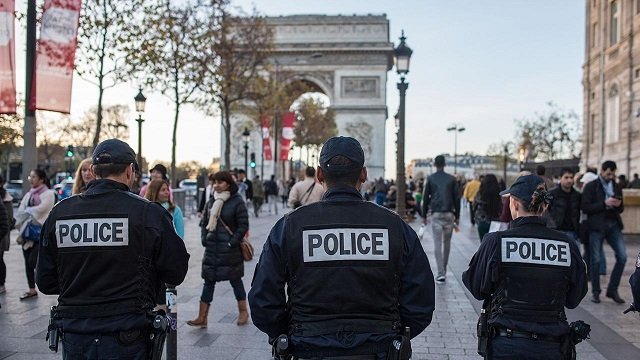 November 16, 2015 6:15 pm 0
An Alliance of Opposites Made in Hell
Here comes the bomb
Barack Obama’s war in Syria could be a sideshow

If you ask an expert on the Middle East to explain the Iran Deal in as few words as possible, he/she would say it is Obama’s answer to appeasing the wolves in Tehran to keep America from dispatching its forces to the Middle East ever again. The Iran Deal was and still is a reckless belief that terror would subside if Iran only dominated the region.

To understand the Syrian civil war raging, one needs to step back into the history of Islam to fully grasp the rift between the Sunnis and the Shiites in a religious culture that accepts no losers, cannot strike compromise, or is ill-equipped to negotiate a solution to the rift, religious or otherwise. The Sunni-Shiite rift is one to produce one winner and it has been trying for over 1,400 years.

Had the community organizer in the White House surrounded himself with Kissingerian brains instead of college graduates in creative writing, he would have understood better what it means to empower the Farsi Iranian Mullahs in pursuit of Armageddon against the majority Sunni Arabs with a disposition for extreme violence. The Iran Deal concocted by the ignorant people in the White House is a keg of powder roasting over slow fire in an area almost 1.5 times larger than the land mass of the United States of America is (15 million square Kms to 9.62 million square Kms). Has that stirred your imagination for the horrors coming?

The chain of events that led to the Paris attacks is indirectly connected to Obama’s Iran Deal because during his negotiations, Barack Hussein Obama ignored the atrocities of Syria’s Assad, which led to a Sunni-Shiite sectarian war, and he ignored ISIS, which the psychopath Assad forged to show the world his alternative is worse than he is. Barack Obama’s Iran Deal sparked the Sunni-Shiite war being fought in Syria today and it also permitted ISIS to grow and become the danger that it is.

Obama made things far worse when he ignored almost every EU and Arab countries beg him to establish a No-Fly Zone in Syria to protect the Sunni civilians Iran was slaughtering and cleansing. He refused in order not to upset the Mullahs in Iran and derail his coveted Iran Deal. If ISIS and other extreme Sunnis today are able to recruit tens of thousands across the world, it is because of the perception that Barack Hussein Obama has taken sides with Iranian Shiite terror intent on killing as many Sunnis in Syria, Yemen, Lebanon, and Iraq. Obama’s Iran Deal birthed the Paris attacks we were all horrified to witness. Had Obama helped the Syrian moderates BEFORE the rise of extremism, Syria would, at worst, look like Lebanon today since its demographics and the size of its minority population mirror those of Lebanon.

Obama started his Iran Deal journey with the premise that such a deal would spare the U.S. the agony of sending its troops to the Middle East to fight another war. His isolationist policy has, instead, produced extremists who are pursuing us in our own backyards. Instead of more safety Obama promised us with his Iran Deal, we have the Paris attacks.

We would be fools to think that we have reached the apogee of our own deliverance. ISIS and its terror is stronger. Iran and its terror is stronger. Assad and his terror is stronger. Putin playing Obama like the yo-yo that he is is also far stronger. Our allies are scrambling for cover by seeking to befriend Putin or by pouring billions worth of weapons into the keg roasting slowly. Can anyone tell us how will Obama’s Iran Deal save us from the Terror Tsunami we all see coming in slow motion? Can someone tell us how Obama’s Iran Deal is going to save us from the Iranian terror spreading and expanding across the whole region, which in turn is sparking Sunni jihad?

As long as you don’t ask Susan Rice and Ben Rhodes for these answers.