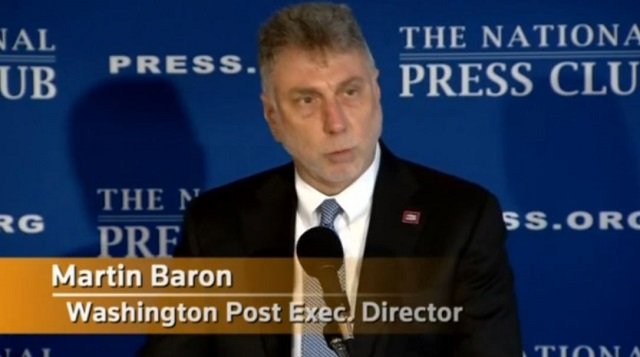 Whomever Said Obama is Like Reagan Should Be Exiled to Iran

The Washington Post stepped up a campaign for the release of its jailed reporter in Iran, Jason Rezaian, on Wednesday, appealing to the U.N. Human Rights Council to help secure his release after a year of what it called “arbitrary” detention.

Whomever said Obama is like Reagan should be exiled to Iran immediately. There is a reason why America loved and respected President Ronald Reagan. He would have never let the Iranians demean America.

The newspaper filed a petition with the council’s Working Group on Arbitrary Detention seeking action to press Tehran to free Rezaian, one of four Americans detained or missing in Iran whose release is being sought openly by the U.S. administration.

Dare we bet that this is what the White House has recommended the Washington Post to do when its Executive Director Martin Baron inquired about what the White House was doing to free Americans held illegally in Iran? Whomever said Obama is like Reagan should take Rezaian place in prison in Iran.

Rezaian, 39, who was born in California and holds dual U.S. and Iranian citizenship, was arrested with his Iranian wife Yeganeh Salehi at their home on July 22, 2014.

Salehi was later freed but Rezaian, who had been reporting for the Post in Tehran for two years, was charged with espionage.

Whomever said Obama is like Reagan should stand for trial in Iran.

Iran’s official news agency IRNA has said three hearings have been held in his trial at the Revolutionary Court in Tehran, the latest on July 13. The hearings are held behind closed doors and members of Rezaian’s family have been excluded.

Rezaian’s lawyer, Leila Ahsan, told Tasnim news agency that he had been accused of collecting confidential information, handing it to hostile governments, writing a letter to U.S. President Barack Obama and acting against national security.

The Post, which has denied Rezaian was doing anything illegal, said the espionage charges were absurd and the trial was a sham. Whomever said Obama is like Reagan should take Rezaian place in prison in Iran.

Obama has called on Tehran to release him and two other detained Americans – Saeed Abedini and Amir Hekmati – and to help find Robert Levinson, an American who disappeared in Iran eight years ago. Iran ignored Barack Obama totally.

Whomever said Obama is like Reagan should listen to Iranian laughter echoing between the walls of this White House.

The Post’s U.N. petition said the journalist’s “arbitrary and unlawful” confinement can “only be viewed as an attempt to punish and silence him, and perhaps also to use him as some form of leverage” in diplomatic disputes with the West.

U.S. Secretary of State John Kerry said on Friday he had raised the detained Americans at every meeting with Iranians in the final weeks of talks that led to last week’s Iran nuclear deal, but their fate had not been tied to reaching a deal.

“We remain very, very hopeful that Iran will make the decision to do the right thing and to return those citizens to the United States,” Kerry said in an MSNBC interview.

Whomever Said Obama is Like Reagan Should Be Exiled to Iran