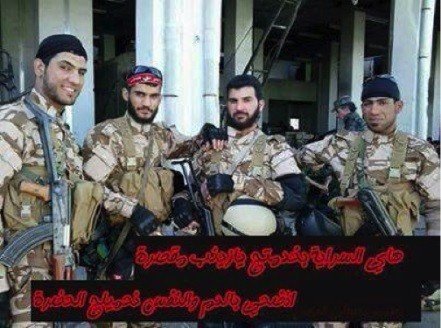 July 3, 2013 11:41 am 0
Cauldron of Blood
A Note from an Australian Surgeon
Putin and Assad Using Migrant Crisis as a Weapon

Judging from reading some of the fear mongering in the Western media about the 6,000 Sunni Jihadists in Syria that began with naming the 1,200 lightly-armed Jabhat al-Nusra a terrorist organization equivalent to the 50,000 rockets and missiles operating 65,000 strong Hezbollah fighters, one cannot, considering the facts, but wonder where all of this re-alignment of attention is leading us.

Be it by numbers, types of weapons, legal status, or goals, the Assad/Iran/Hezbollah threat is far more dangerous than the 6,000 Jihadists fighting in Syria could ever be. Time for a reality check here to those pushing the Jihadist narrative, which is implicitly helping the Iranian regime of the Mullahs.

Both are dangerous and both require our undivided attention, but more so of the Iranian axis than the 6,000 Jihadists who represent the only hope to defeat Assad now that his invitation to them has backfired. Assad winning this war means more terror, more turmoil, and more instability. After Assad, it will be far easier to disarm and defeat the lawless Jihadists.

If the aim of the media’s Jihadist over-sized attention is to force the Syrian rebels into a peace deal with Assad, under the auspices of Secretary’s Kerry Geneva Conference, by taking both the past sacrifices and the future terror of Assad against the rebellion out of the equation, this effort is DOA. Too much blood, hate, and irrevocable attention by massive public support in the Arab street (Just watch the Arabic al-Jazeera to get a sense).

Furthermore, a Geneva Conference settles a small difference in a war that could erupt again between the Gulf countries and Iran now that Assad has turned the Syrian civil war into a sectarian reality. Gushing wounds require surgeries, not Band-Aids.

Comparatively speaking to Egypt, Mubarak was a US ally replaced by the undesirable and threatening pro-Jihadist Muslim Brotherhood; but Assad is a US enemy, which, if we learned our lesson in Egypt, the Muslim Brotherhood may not conclusively replace. That settled difference makes the case for the removal of Assad just a tad more compelling for the US and its allies in the region.

Considering what is happening in Egypt today, it is safe to say that freedom has its way of fixing its own wrong and that selling short the power of the Arab Spring was a mistake. It provides the architects of the US Syrian policy a valuable insurance policy considering that half the Syrian population is both liberal/secular and the other half teeters between a devout and an observant Islam to a more recent form of extremist or terrorizing Islam.

Of the more recent extremism, I believe it is short-lived amongst the general Syrian population and refugees the result of more leadership by the tiny Jabhat al-Nusra rescue boat than the Obama Administration rescue aircraft carriers that never materialized.