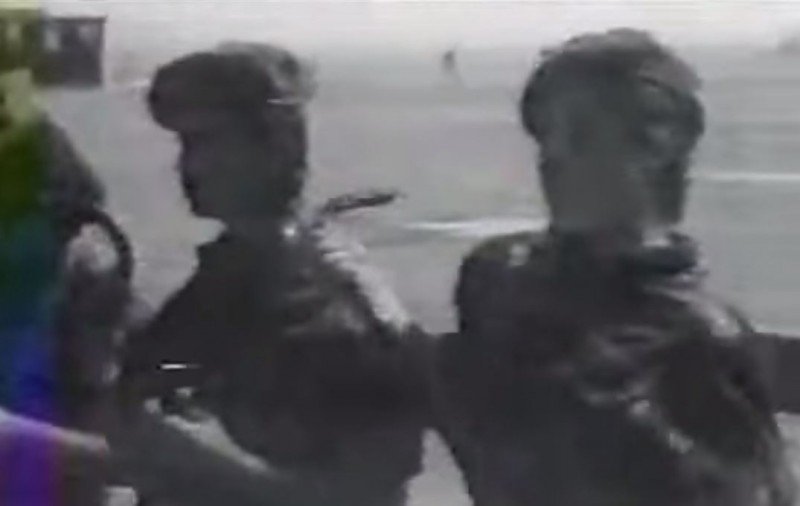 Of Assad Women and Nusra Men

March 29, 2015 12:07 pm 0
Don’t believe you can survive what makes you survive
Don’t Give Assad a Pass on Crimes Against Humanity
Kerry and Top State Dept Officials Split Over Syria Talks

Hafez al-Assad prepared Syria for this day. Watch the video below how he trained Alawite young women to eat live snakes. That dehumanized training is serving his son today to fight for his life as his army gets depleted and women take over the jobs of men.

The depletion is due to desertion, which has been non-stop since the late summer of 2011; as well as to casualties of war in battling the Syrian rebels. Iran and Hezbollah dispatched thousands of troops to hold unto the remaining territories his troops tried vainly to preserve. Both Iran and Hezbollah suffered considerable losses trying to protect these territories.

When their losses accumulated, Iran resorted to hiring mercenaries from Afghanistan to fight with the Assad army now mostly manned by Alawite officers with few Sunni foot soldiers. What a hired mercenary to do in the face of a highly-motivated Syrian rebel who buried his family in the rubble of a barrel bomb? Desperation produces bad Iranian calculation.

Today, the Assad army is enlisting Alawite women to fight al-Qaeda and al-Nusra after Assad used his regular army to crush the moderates in the Free Syrian Army. The Syrian civil war, in its fifth year, has entered a new phase: It’s women minorities facing the savages in al-Qaeda and Jabhat al-Nusra. Results? Assad just lost the strategic city of Idlib, which is a big deal because Idlib becomes the second city, after Raqqa, to fall to the Islamists.

Note to Vladimir Putin: You should have listened to the U.S. when it offered a transitional solution to include most of the structure of the Assad government but without Assad. If we have more extremism and violence today from the barbaric Nusra, AQ, and ISIS, it is because of Iran and Russia.

It is not too late. Many of the moderates have quit fighting and now live with their families in refugee camps in Jordan, Turkey, and Lebanon. If Russia decides it is time to quit on Assad, there is a solution where remnants of the Assad regime can co-share power with the moderate rebels to defeat ISIS and AQ. No more Assad. It is the only way to save the minorities of Syria from an unnecessary fate.

For Obama to expect that the 5,000 moderates he is arming would be highly motivated to combat ISIS when their enemy is Assad first, ISIS second shows just how dysfunctional the policy towards Syria is.

Of Assad Women and Nusra Men

Loading...
Newer Post
Stop the barrel bombs: the deadliest weapons in Syria’s civil war
Older Post
How Will Assad Be Held Accountable For Crimes Against Humanity?