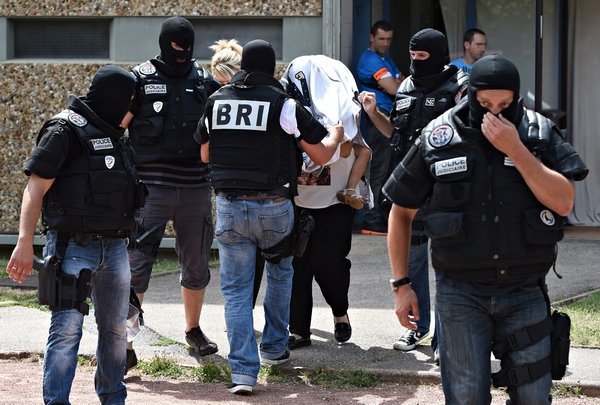 June 26, 2015 7:12 pm 0
From Supplication to Mild Intonation
Time for Iranians to rise
It is not about the Alawites of Syria, It is all about Assad

We have warned the world on so many occasions that striking ISIS without striking the Assad regime will be viewed as the U.S. siding with Iranian Shiite terrorizing Sunni civilians. Sunnis will rise with their own terror to compensate for Obama’s foolish policies.

We have warned that if Obama does not strike the Assad terror, ISIS will go underground in all of the Arab countries.

We have warned that if Obama does not strike the Shiite terror the way he is striking the Sunni terror, ISIS will have Sunni sympathizers in the millions across the Arab countries and wherever Sunnis live in the West.

Just click on this link to look for tens of articles we wrote about this subject. In fact, we are getting tired telling Obama and his ignorant lot that his policies are the cause of this expanded and dangerous terror.

Yesterday, ISIS struck on three different continents almost simultaneously. If this is not a big red flag that Obama’s policies are endangering the world, then we have no clue what else to say or do.

ISIS will strike repeatedly if Obama keeps ignoring Assad’s terror. Make no mistake about it.

Even Ambassador Samantha Power admitted that to stop ISIS from growing, we must deal with the Assad terror dropping thousands of barrel bombs filled with Chlorine Gas on Sunni civilian population (See video below).

What would the Catholics do if the Protestants in Ireland dropped barrel bombs on Catholic civilians? The genius Obama still refuses to deal with Iranian terror and along the way he is endangering the U.S. Europe, and every Arab country.

Give them another week or so before they hit even more targets, possibly in the U.S. When these savages start killing Americans, Obama will be forced to deal with Assad and Iran. Our President is waiting for Americans to die BEFORE he acts.

The United States cannot appear to be siding with Iran and the Assad regime when it strikes ISIS and ignores Assad gassing Sunni civilians. Appearances is everything in the Middle East, and Obama’s infantile policy in Syria is causing terror to increase exponentially. ISIS will strike repeatedly as a result of Obama’s policies.

Obama could not do a better job if his job was to grow terror.

The world must act against the Assad terror machine and the Iranian Mullahs terror today. The longer we leave them to fester and perpetuate their violence, the more sympathizers ISIS will garner among the 1.3 billion plus Sunnis of the world.

Care to calculate what does that mean?

Obama, change your policy today and begin striking the Assad Air Force dropping chlorine gas on civilians. Or else, sympathizers of ISIS will strike repeatedly while you watch from the White House terror grow out of control across many countries in the world.