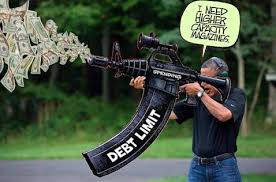 May 28, 2014 3:21 pm 0
Obama Stands Blameless for a New Class of Extremists in Syria
Thick Skull Putin Still Trying to Protect Assad
Not the Uterus of Queen Jarrett

Based on the latest reports emanating from the White House that President Obama may, conceivably, arm the moderate Syrian opposition, I jumped on my 1946 vintage Vespa to chase down two US intelligence undercover agents about to ship to Jordan to facilitate the weapon transfer.

To acclimate themselves to Arab tea, John Dartin and James Dartout were sitting at Teaism just outside Lafayette Park sipping from two fancy porcelain cups. They already had their fatigue outfits on and were practicing authentic ?Allah wa Akbar? between sips.

With a microphone in his face, I asked Dartin what kind of weapons they will be delivering.

Dartin: “We will be carrying one FIM-92 Stinger with one missile to fire and seven still and video cameras”

Dartout: “Yes, our orders are to deliver the Stinger to an Arab actor who will be wearing a mustache, but no beard”

Me: “How long will you stay in Syria?”

Dartin: “We asked our HQ for 24 hours, but they gave us only six. Imagine we have to travel from Jordan to Damascus, fire the missile in the air, take tons of photos and videos from every angle possible, and return to Jordan all in six hours”

Dartout: “The pictures and the videos will go online gradually to give Iran the impression President Obama is serious about arming the moderate Syrian opposition. The White House insisted on the name Operation Conveyor Belt for this mission”

Me: “What do you expect one missile to accomplish? Fool Iran?”

Dartin: “This is classified information. We cannot discuss any details”

Dartout: “Since you are a US citizen, let’s just say the President is not happy with how the negotiations with Iran are going, so our mission is to convince the Mullahs the President is extremely serious about arming the Syrian opposition”

Me: “You think many angle shots will do the trick”

Dartin: “We have many change of clothes too, and some additional make-up”

Dartout (Turning to Dartin): “Don’t forget to tell him that our cameras are equipped with night vision too. The Mullahs will think our missiles are firing 24/7”

Me: “What will be the reaction of the Syrian opposition when they find out it was a show?”

Dartin: “Easy. We are carrying loaves of free Pita bread with us. With their wives and children starving to death, they will kiss the ground we walk. Food before weapons, right?”

Me: “Whose idea was to spend six hours and fire a blank in Syria?”

Dartout: “That is above my pay grade. You need to ask the folks at the White House imagining a Syrian foreign policy”