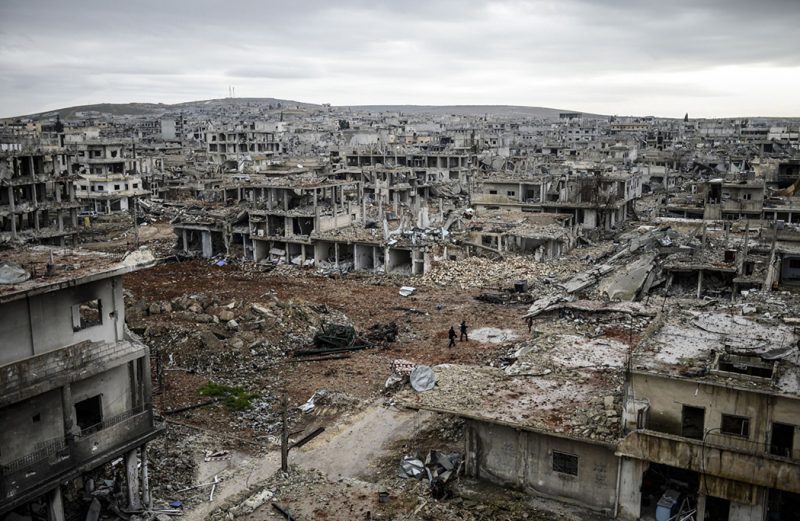 The figures cited by many experts about the cost to rebuild Syria is anywhere between $388b and $1t. With such large sums of money, Falafel decided to meet with the most active group of donors expressing support to rebuild Syria for the Assad regime. Falafel interviews Syria reconstruction donors.

Many arrived at the hotel Minima in Moscow where Falafel flew to meet them. At around 10 am, all the Syria donors settled in the lobby waiting to speak.

Falafel (in broken Russian): Thank you all for coming today. Let me start by asking why do you want to fund the reconstruction of Syria?

Sergei, sitting at the far end, raised his hand timidly.

Sergei: Can we order some tea with Vodka first?

After tea with Vodka was served all around, Sergei spoke again.

Sergei: For me, it is about Donald Trump.

Sergei: I want to show off Russian generosity. The American people must understand how generous we are. We are better than them.

Nikolai: Yes. We read in the newspapers that America won’t help Baschar al-Assad after he was intentionally gassed, by American drones, while he slept. Luckily, the newspapers said he survived the American chemical attack.

Vladimir: Yes, but all his servants died from that American gas attack. We want to show America how generous we are. Especially, because America kills innocent civilians with chemical weapons all the time.

Sergei: I, for one, am donating my 30 years medal “For Impeccable Service” to help reconstruct Syria. It will fetch upwards of 30 Rubles on any given Sunday. Avoid Tuesdays and Wednesdays though.

Nikolai: Me too. I want to donate 25 Mosin-Nganat WWII empty shells I inherited from my grandfather. The 100 Rubles they will sell for will help Syria a lot.

After a long pause, Falafel spoke.

Falafel: Very honorable of you gentlemen. You are aware that the cost runs in the hundreds of billions of Dollars. Right?

Vladimir, turning to Sergei: Billion, what? What is Billion?

Sergei: OK, OK, I will also donate my Trabant. Mind you, it’s a convertible. All it needs is a new front axle and an engine re-hauling. Happily, that’s another 500 Rubles. Are we close now Mr. Falafel?

Not to be outdone, Vladimir spoke next.

Vladimir: Can I donate my wife?

There you have it folks. This international coalition of Syrian donors collectively volunteered almost 700 Rubles for the reconstruction of Syria.