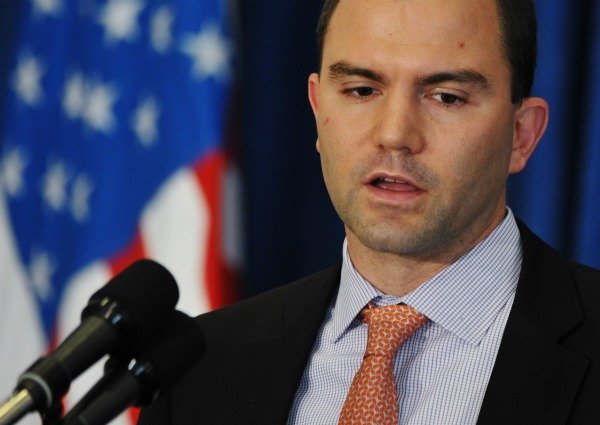 When Falafel entered the small West Wing room where Ben Rhodes made it his office as deputy National Security Adviser in the failed Obama Administration, he noticed a large color-coded map of the Middle East hanging on a wall.

At first glance, one could not tell what the color codes represented. but upon a closer scrutiny, it showed where all the 80 or so violent Islamist organizations made it their home. The map stared Ben Rhodes in the eyes everyday to tell him what a failure he is.

Whether Ben Rhodes was interested in collecting Islamist terrorists or simply he was tracking them was not clear to Falafel.

Ben Rhodes: “I was beginning to wonder when you were going to interview the most misunderstood person in this administration”

Falafel: “Did you not earn it because of Syria?”

Ben Rhodes: “It is true I made mistakes in Syria, but we are on the right track today”

Ben Rhodes: “We are committed to defeating ISIS”

Falafel: “The people of Syria want Assad gone. ISIS is his lollipop to keep you busy””

Ben Rhodes: “Assad complicates matters for us. His friends are just too powerful. Who wants to see another photo of Putin shirtless?”

Falafel: “I have to be honest with you. I am not here to interview you. I am here to offer you a new job. Three times the pay, just get the hell out of the White House”

Ben Rhodes: “My Syrian policy is right. I want to see it through. I want my day in court”

Falafel: “Have you not destroyed enough of the Middle East already? What a Master’s degree in fiction story telling doing running the most turbulent region in the world?”

Ben Rhodes: “My turn to be honest. How can I write my next award-winning novel if there is no blood, betrayal, evil, terror, death, sacrifices, and power struggles. Syria provides me with all that and more. I had to see Syria develop properly by making sure it unravels in ways to help me write. Can’t you see the brilliance? The Benghazi video spin is a child’s play compared to Syria. My brother David at CBS will finally be proud of me I succeeded as a fiction writer now that I have the Syrian material I created to write my masterpiece. Don’t you get it?”

Ben Rhodes: “No, Assad killed all these people. All I did was convince everyone we should ignore him”

Falafel: “What will be the title of your novel?”

Ben Rhodes: “See, I knew you would understand the need for a writer to create his own material”

Falafel: “What will be the title of the novel please?”

Ben Rhodes: “I am thinking “Howling hunger in the night” or “Out of breath, out of life”. What do you think?”

You heard it here first folks. Ben genius spinner boy Rhodes is creating the Syria he believes would help him write his own masterpiece of fiction.

Obama’s chocolate factory
Good morning SYYYRRRIAAA
Mr. President, should you not do more to protect the civilians?
Political Satire 118 Radicalism 562