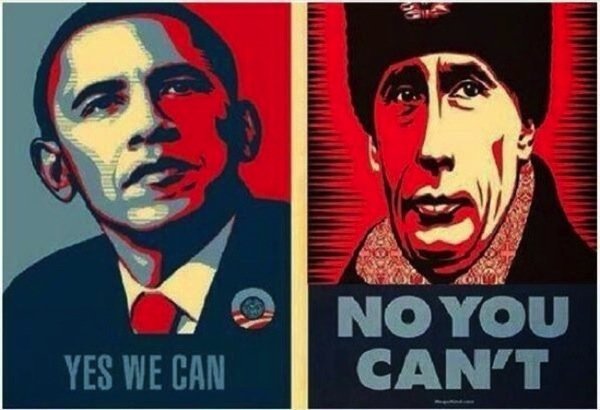 Vladimir Putin is a War Criminal

February 6, 2016 8:17 am 0
Putin’s ISIS Destroying the West Slowly
Assad Planning to Sucker Putin Into Returning to Syria
Putin and Assad Using Migrant Crisis as a Weapon

Turkish President Tayyip Erdogan said on Friday Russia must be held accountable for the people it has killed in Syria, arguing that Moscow and Damascus were together responsible for 400,000 deaths there, Dogan News Agency reported. Vladimir Putin is a war criminal.

Speaking at a joint press conference with his Senegalese counterpart while on a state visit to the West African country, Erdogan also said Russia was engaged in an invasion of Syria and accused it of trying to set up a “boutique state” for its longtime ally the psychopath Baschar al-Assad.

Erdogan was quoted as saying:

“Russia must be held accountable for the people it has killed within Syria’s borders. By cooperating with the regime, the number of people they have killed has reached 400,000.”

His comments are likely to further enrage Moscow. Relations between Turkey, a NATO member, and Russia hit their worst in recent memory in November after Turkey shot down a Russian warplane Ankara said had violated Turkish airspace from Syria.

The two are on opposing sides of the five-year-old Syrian civil war, where Russia’s intervention with airstrikes to help the Assad regime has tipped the war in Damascus’ favor, reversing gains rebels made last year.

Russia has accused Turkey of preparing a military incursion into northern Syria. Ankara has dismissed this as propaganda intended to conceal Russia’s own “crimes”.

Turkey, which has taken in more than 2.5 million refugees fleeing the Syrian war, wants Assad out and says only his removal can bring long-term peace.

Vladimir Putin is a War Criminal

A Hollow Superpower
Putin Used Amateur Obama to Punch Above His Weight
Putin Called Salman. What Do You Think They Discussed?
Opinions 1006 Putin Terror 435