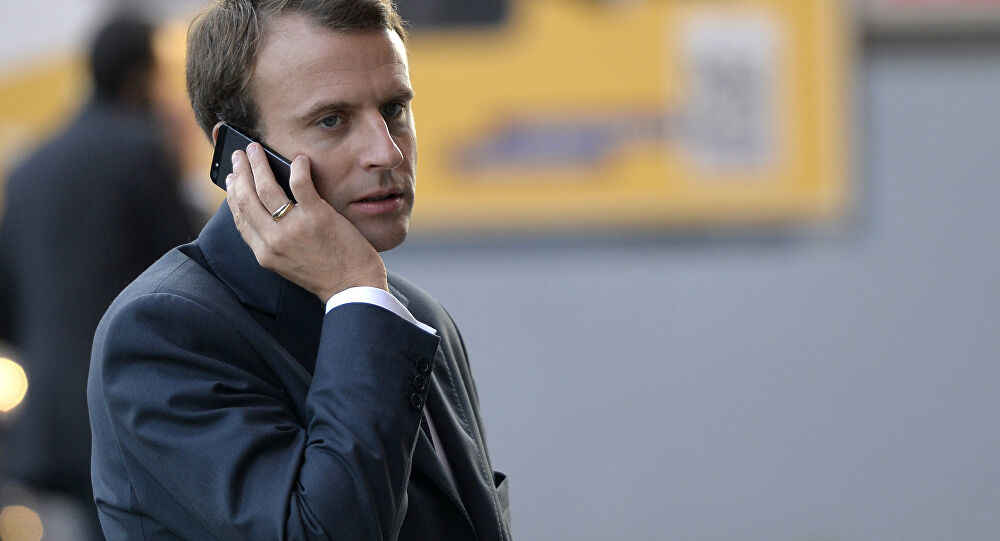 Just as Falafel sat to sip his warm cup of tea, his cell phone rang. It was President Emmanuel Macron on the line asking him to witness a conversation he is about to have with speaker of the parliament Nabih Berri. So, Falafel listens on the Macron Berri phone call.

In between, Falafel could not help himself but think why the President of France, one of the greatest countries on the planet, would speak to the sleaziest and most corrupt politicians in Lebanon like Nabih Berri. There must be an urgent reason, Falafel reasoned.

Next thing he knows, Falafel finds himself connected to the call the Palais de l’Élysée just made to Nabih Berri’s office.

Macron: Sorry, mon ami. I forgot you only speak Persian and Arabic. A translator will translate to you in Farsi.

Macron: I understand that you refuse to form a government unless you own the minister of finance?

Berri: That is correct. The minister of finance has been traditionally my lackey, my jockey. I ride him however I want.

Macron: The Lebanese people have asked me to help get rid of this odd system of ownership and financial kinship. As of now, things are no longer going to be the same.

Berri: The hell they won’t.

Macron: OK, Monsieur Berri. Since you insist. I spoke to President Bio of Sierra Leone this morning. In my hands, I hold a bank statement of yours hiding a portion of your money in a bank in Sierra Leone.

Berri: You have no right to interfere. This is my money.

Then Berri turns to his aide and orders him to move all his bank accounts to Brazil and Ecuador.

Macron: No, Monsieur Berri. This is the Lebanese people’s money that you have been stealing from them since 1992. This fat account would sure make a dent in repaying some of the debt Lebanon holds.

Berri: I will ask Hezbollah to unleash hell on your soil. I will ask my followers to kill every Frenchmen they encounter. I will ask …

Macron: Enough already! Consider this account frozen. My next call is to the Presidents of Côte d’Ivoire, Sénégal, Uruguay, Ecuador, and Brazil.

Macron: Did you think we were not watching when the Lebanese banks were about to collapse, and you were warned ahead of time to transfer your Euro accounts? We watched you dispatch your money to six different countries. We know where everything is.

BERRI GOES DOWN ON HIS KNEES

Berri: I beg you Mr. President. It took me over 28 years to steal all that money. How am I going to retire if I am penniless?

Macron: Fair enough. Let go of the ministry of finance, and we will let you keep enough to live modestly. On one condition though. The Lebanese people must approve.

Macron: Next, I want you to apologize for threatening my great country and its citizens.

Berri: I apologize. Profoundly. So profoundly I stand no higher than 30 cm now.

Macron: Next time I call you is to let you know that you are broke, and your money has been returned to benefit the Lebanese people. Comprenez-vous?

Falafel wanted so much to put his hand on Nabih Berri’s bank account statement. If he dared to guess, it probably runs in the hundreds of millions of Euros. Just one account in one country.

No wonder Lebanon is in such a mess.

Then Falafel thought to himself. Who will Macron call next? Walid Jumblatt? Hassan Nasrallah? Or maybe none other than Michel Aoun, the king of thieves hiding in his den in Baabda.