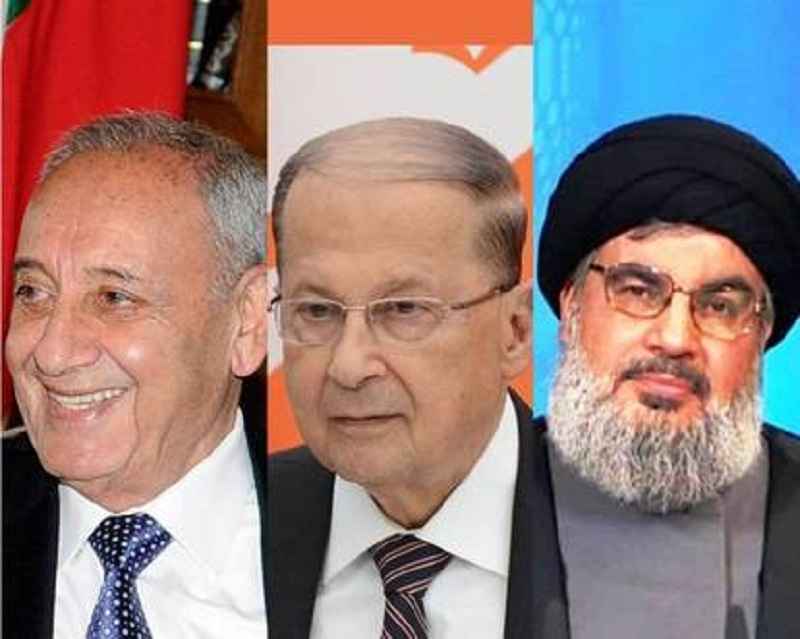 To Save Lebanon Invite the French Mandate

There is not light at the end of the tunnel for Lebanon. Not even a bougie. If the Lebanese corrupt politicians like Michel Aoun, Nabih Berri, Walid Jumblatt, and many others don’t quit, retire, or simply die from COVID-19, Lebanon will cease to exist as an independent and sovereign country. Unless the people of Lebanon, through referendum or a simple online petition, demand French interference. In other words, to save Lebanon invite the French Mandate.

THE MESSAGE WILL RESONATE AROUND THE WORLD

We don’t recall any country, ever in history, seek the re-mandating of its people and lands. The message the Lebanese might send the world is massive and the international media will have a field day covering such an event. Maybe this is what Lebanon needs for the world to realize its people have had enough of its mafia-like structures run by the Aoun Mafia, the Berri Mafia, the Jumblatt Mafia, and the worst of all the Hezbollah Mafia.

To save their country the Lebanese must act in a dramatic fashion because those corrupt and nefarious politicians ruling are going to further their grip on their country. Remember the 2017 Parliamentary Elections Law? They made sure their power is never challenged by any new Lebanese party, Lebanese independents, or any Lebanese popular uprising.

During its mandate, France helped Lebanon in many ways to stand on its own little and growing feet after the collapse of the Ottomans

TO SAVE LEBANON INVITE THE FRENCH MANDATE

French past mandates to divvy up the Ottoman Empire, and which the League of Nations granted, included Lebanon. It began in 1923 and ended in 1946 right after World War II. Its purpose as described by Wikipedia was:

The mandate system was supposed to differ from colonialism, with the governing country intended to act as a trustee until the inhabitants were considered eligible for self-government.

The above language fits perfectly Lebanon of today as the country is incapable to self-govern while the Lebanese Mafia families of Jumblatt, Berri, Aoun, Nasrallah, and others choke the country to death.

A mandate is not colonization. It has a beginning and an end, and its purpose, unlike the British colonization of India, is not to extract the maximum economic benefit for the colonizing power. This is why Lebanon and France enjoy such excellent relationship. During its mandate, France helped Lebanon in many ways to stand on its own little and growing feet after the collapse of the Ottomans. Many Lebanese remain appreciative of France and its history.

DIM CHANCES BECAUSE OF HEZBOLLAH

What are the chances France might accept and Hezbollah might yield if the Lebanese ask for the French Mandate? Zero to nil.

First of all, Hezbollah would simply ignore the will of the Lebanese people, and second France is not in a position to mandate when facing local mafia families  resistance armed to the teeth.

So why ask for the French Mandate then? Because the very fact the Lebanese people seek it might just open the eyes of the rest of the civilized world to find a more forceful solution to Lebanon’s tragedy. For starters, many countries might begin treating Hezbollah, AMAL, Jumblatt’s Socialist Party, and the Free Patriotic Movement as undesirable organizations. This means sanctions and more trouble ahead for their leaders.

Second, it might prompt Europe to sanction the likes of Aoun and Jumblatt by blocking access to their Swiss bank accounts. Theirs is Lebanon’s money. Aoun wanted to become Lebanon’s President so he can steal money. That’s it folks. We know him intimately as he used the Syrian opposition to shortcut his way to Baabda.

If the Lebanese want to save their country, they must resort to the last ace card they hold. An online petition signed by more than a million Lebanese asking for France to mandate over their country. For one purpose only. To dislodge the miscreants ruling it and raid their bank accounts overseas. Those accounts hold tens of billions of dollars, enough to save the country from ruin, and the Lebanese people from hunger.

Someone should start the petition. Someone should take control of the country’s future destiny. Preferably with an impressive twitter following to create an immediate critical mass.

To Save Lebanon Invite the French Mandate