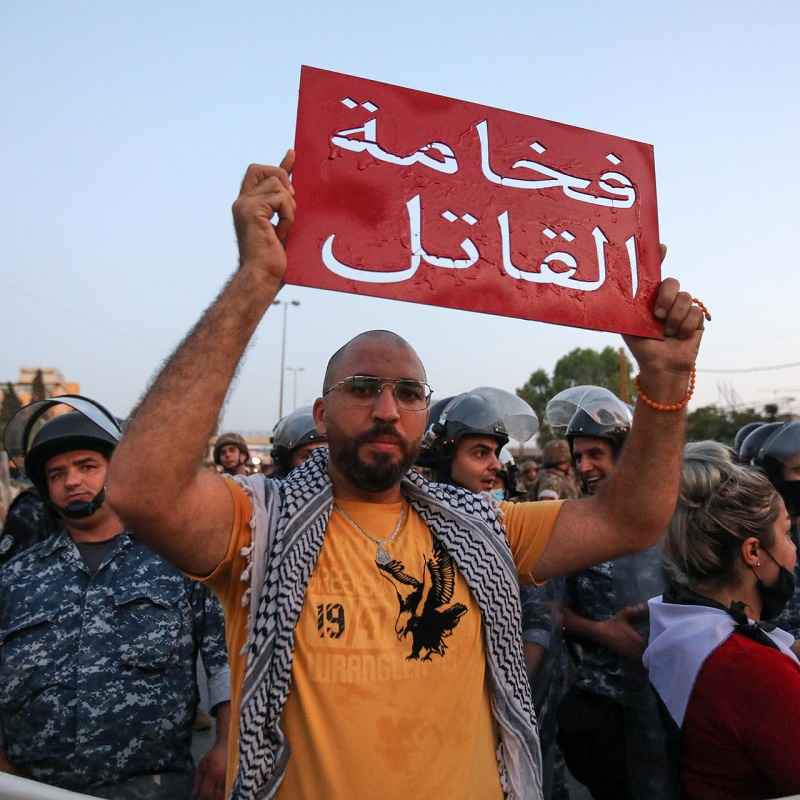 Michel Aoun Asked for the World to Help Unconditionally

September 24, 2020 8:15 am 0
Lebanese Protesters Paralyze Beirut, Terrorist Hezbollah Waits Them Out
Will the US Sanction Michel Aoun Next?
Thanks to Hezbollah One Can Buy Lebanon for a Song

Facing an economic meltdown and other crises, Lebanon’s president Michel Aoun asked for the world to help to rebuild the capital’s main port and neighborhoods that were blown away in last month’s catastrophic explosion, but he gave nothing in return. Zero.

President Michel Aoun made the plea in a prerecorded speech to the U.N. General Assembly’s virtual summit, telling world leaders that Lebanon’s many challenges are posing an unprecedented threat to its very existence.

Most urgently, the country needs the international community’s support to rebuild its economy and its destroyed port. Aoun suggested breaking up the damaged parts of the city into separate areas and so that countries that wish to help can each commit to rebuilding one.

In his plea, Aoun offered the world no promises to reform his defunct presidency or the country. While his recording was playing, speaker of the parliament Nabih Berri and the top terrorist in Lebanon Hassan Nasrallah, who leads Hezbollah, were still plotting to maintain control over the country’s finances and assets.

Aoun wants the world to save Lebanon knowing well that without important reforms, the country would be back crawling on its knees to seek more financial assistance. The president of Lebanon is either in denial over his own corrupt leadership that brought Lebanon to its knees, or he thinks western leaders are naive enough to fall for his begging.

The recording also shows that those who hold Lebanon by its throat are not willing to implement any meaningful reforms. As corrupt as they are, they believe the world would still rescue them unconditionally.

HEZBOLLAH WILL SEND WAVES OF IMMIGRANTS TO EUROPE

Furthermore, the Lebanese corrupt politicians have all transferred the funds they stole to international banks. They are secure in knowing that even if Lebanon disintegrates as a country, their own well-being will remain secure. And this is where the dilemma lies.

Unless western countries expose their corruption openly to stir the street anger to a boiling point, Lebanon is finished and done. Unless western leaders show more resolve in holding the whole lot accountable, Lebanon as an independent entity will turn into an Iranian province.

As Assad deployed his tools of terror to send waves of Syrian immigrants towards European shores, so will Hezbollah duplicate the effort as punishment for Europe for ignoring Aoun plea.

Unless Europe strikes first by exposing the corruption of its leaders and by seeking their prosecution in European courts for human rights abuses — financially speaking — the corrupt elites will find ways to force Europe to ignore all real reforms for Lebanon.

It is not enough for France to pressure the United Nations for a new government. Europe itself must act to save itself from the likes of Hezbollah and Michel Aoun.

Michel Aoun Asked for the World to Help Unconditionally