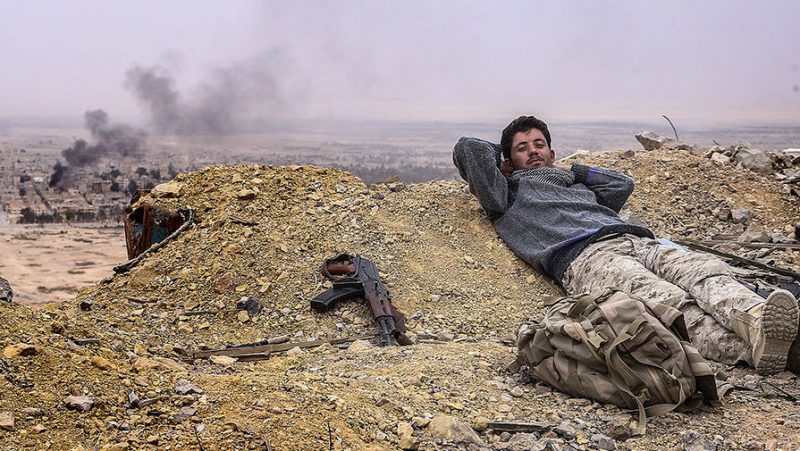 August 11, 2018 5:20 am 0
A Sunni Muslim Woman Has Split the Syrian Alawites
Who Emptied My Holster?
Predictable Next Israeli Strike Inside Syria

Tuesday of this week, Israeli Defense Minister Avigdor Lieberman said the Assad regime is rebuilding a more formidable army from rebel groups that surrendered. The same people Assad killed their families are now expected to become loyal to their butcher.  Really? Assad new Syrian army is but a mirage.

Not content with far-from-loyal rebel groups, the Assad regime is also attempting to tap into the refugee pool that fled his terror to build the Assad new Syrian army.

A notice was spotted at the Syrian embassy in Berlin, Germany seeking the return of the refugees to serve their military mandatory conscription. Mazen Hassoun, who lives in Berlin, simply said “ridiculous” when asked about his thoughts. Syrians are mocking Assad wishful thinking. They did not forget he confiscated the lands of 10 million refugees just few months ago.

A little bit of history is in order.

To help protect his regime, Assad caused the Syrian refugees crisis by providing the logistics for Syrians to reach Europe. The sudden appearance of facilitators to haul refugees out of Syria and into waiting boats in North Africa was not an accident. As such, the regime wanted to pressure the Europeans to relinquish their call for regime change by flooding their shores with helpless Syrians.

Today, the regime needs these refugees to replenish a depleted army it needs to rebuild. Assad bombed these Syrian civilians with barrel bombs, gassed their neighbors, and tortured their next of kin. Now, he is begging them to return to serve in the Assad new Syrian army. Without a new strong army, Assad is doomed. Iran and Russia have limited resources to defend his regime over a long period of time.

Invariably, there are two valid reasons to be skeptical about when it comes to rebuilding a new stronger Syria.

For one, Syria is an agricultural economy. Most of the Syrians who fled were laborers in that economy. Stupidly, it was more important for Assad to save himself than to save his country, which is why he created the refugee problem.

For two, rebuilding Syria is a long process fraught with unimaginable risks to the regime. No one knows where the money will come from.

Even if President Trump is inclined to assist with rebuilding of Syria, forget that notion. This is a contrarian move with regard to the most avid Trump supporters across the nation.

Furthermore, one needs to forget any Gulf country participating or, for that matter, any European ones in funding such a gigantic undertaking. With any surplus of funds, Europe thinks Greece first.

While Israel concerns are justified, Assad may be better to continue his war against his own people. At least, he knows, funding would keep pouring-in from Iran and Russia.