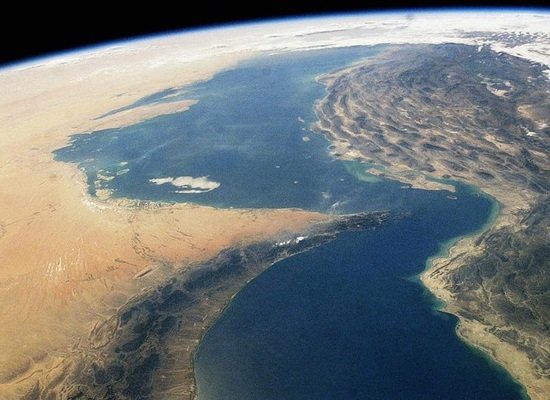 On April 3, 2018, Iranian proxies in Yemen fired a missile at a Saudi oil tanker crossing the waters off the Yemeni coast. On July 18, 2018, Iran threatened to block the Strait of Hormuz in retaliation for U.S. sanctions. At this point, the threat Trump must tweet to protect oil shipping lanes should threaten the Ayatollahs.

If Iran carries out further attacks against Saudi Arabia, or threatens the U.S. again with closure of the Strait of Hormuz, all the President has to do is tweet along these lines:

If you attack any other oil carrying ship, or use your proxies to cause closure, even temporary, of any of the international oil shipping lanes in the Strait of Hormuz, I will order a U.S. missile attack on the private homes of the top 100 Ayatollahs in Iran. I know where you all live.

To many, this may sound extreme. However, to the Ayatollahs, it sounds just about right. This is a language they practice on a daily basis against innocent civilians in Syria, Yemen, Iraq, and Lebanon. This is the threat Trump must issue to protect the Strait of Hormuz; to include everyone in the region suffering from Iranian expansion of terror.

Ever since Barack Obama handed the Ayatollahs as much as $150 billions, those bastards have gone on a rip to expand their footprint of terror in the region. Iran is involved in killing innocent civilians in Syria. The Ayatollahs started the war in Yemen to outflank Saudi southern borders in preparation for a wider war. They control Lebanon through Hezbollah, which is trying to change the country’s social order. The threat Trump must tweet will begin a process of reversing Iranian expansionism.

Furthermore, these turban-wearing savages fund and train Hamas to attack Israel. Iran and Hezbollah are even planting roots in South America for some future operation against the United States.

To contain Iran, the President must threaten directly the many heads of this violent snake in Tehran. As long as the Ayatollahs believe it is just about oppressing their own people to maintain their grip, they will spread terror like flowers spread pollen.

The moment President Trump issues a direct threat, they will have to re-calculate their priorities quickly. It becomes a matter of survival.

With one small sentence, the Ayatollahs would scale down Maslow’s pyramid of needs like an infant scales down a pool slide.