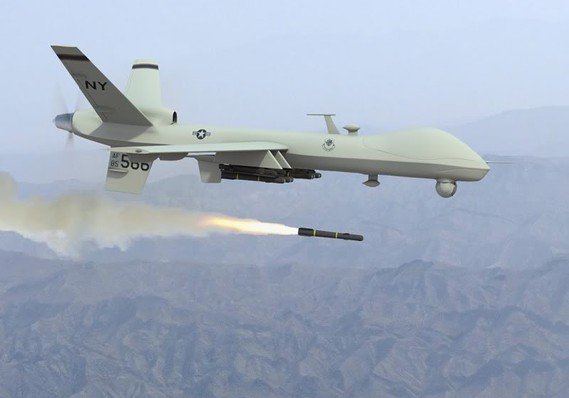 March 18, 2013 10:13 am 0
Hezbollah Finds Scapegoats to Appease Demonstrators
Will Trump let Assad get away with using chemical weapons in Syria?
From One Syrian Infant to Trump the Infant: Stop Praising Putin

There is a consensus amongst some American experts on the Middle East that President Obama’s upcoming visit to the region has no purpose. For one, any effort at re-igniting peace talks between a new Israeli Government and the Palestinians when Obama refused to provide the Syrian people with the means to find their own peace reeks of double standards. We think the U.S. should just drone bomb IRGC and Hezbollah in Syria.

The morality of pressing for peace in one country while letting war take its toll on women and children right next door is a bit too much to take. If compassion is the basis of morality, this makes Obama’s trip immoral because he has stripped himself of any compassion towards the Syrian people and the tragedy of the Assad regime.

In that bad neighborhood of ours, glory rests with the bold, not the hopeful or the immoral.

There have been some published reports in the media to indicate the new Israeli Government, still led by PM Netanyahu, will be asking Obama to use the US military to strike any assets Assad may transfer to Hezbollah. This kind of leak, if true, usually sends a signal as to where Israel will focus its attention during Obama’s visit.

Mr. Obama is about to discover that Syria is the real kicker to anything that stands in the way of his hopeful attitude.

Our sense is that Israel should double down on this request by asking Obama to Drone bomb IRGC and Hezbollah forces in Syria as well as any assets, such as medium or long-range missiles, Assad is firing on Syrian civilians that also threaten Israel if transferred to Hezbollah. These are exactly the kinds of weapons Syrians will have to do without in the new Syria anyway no matter who comes to power. Might as well take them out today when Assad is too weak to respond.

We very much doubt Obama will do anything that could lead to weakening or removing Assad from power, and this is the reason why we are asking ourselves the same question: What is the purpose of this trip? If Obama thinks he can extract concessions from the Israelis along the lines he has been accustomed to extracting from his American political doubters, he is in for a surprise. Even if he addresses directly a skeptical Israeli public.

Obama has staffed his new administration with Arabists and Israeli bashers. New faces bring new ideas, which may explain Obama’s trip and some surprises of his own. Whatever happens, the echoes will resonate past their shelf life because it is the Middle East. Eventually the information will filter through the media and Obama will not be able to deprive us of what he had up his sleeves.

The fact that many of the Arabists in the Obama administration view countries like Saudi Arabia, Qatar, and a new Islamist-led Egypt as partners and allies the way they view France and Britain is the problem with their Arabism. As proud as we are of our heritage, our identities have structural issues we cannot resolve as long as these countries enjoy immunity and total protection from the US policy makers.

We say Drone bomb IRGC and Hezbollah assets in Syria. Whether Assad or beyond, SCUDS fired on civilians and threatening Israeli civilians must be eradicated along with their experts who will return as heroes to fight another day.