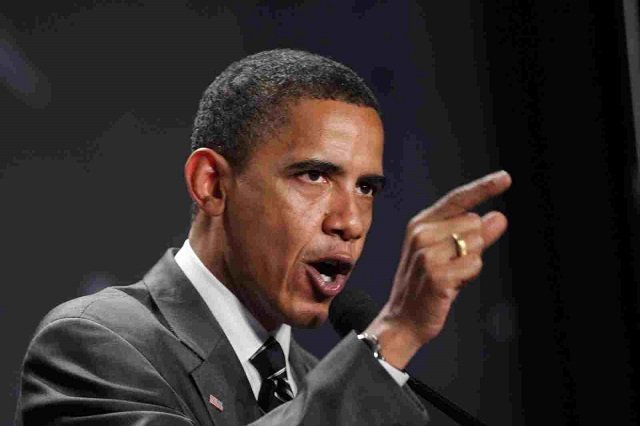 Obama and Iran: An Angry Nation and an Angry Abandoned President

What is the difference between Barack Obama and Iran? Both are angry and deadly. One for being a minority Muslim nation, and the other for being an abandoned president by both his parents.

How they both show their anger is worthy of our attention.

Anti-Saudi protests were held in Iran on Friday against Riyadh’s execution of a violent Shiite cleric and after Tehran accused its regional rival of bombing its Yemen embassy. This after Iranian government was complicit in torching the Saudi Embassy in Tehran and the consulate in Masshad.

A week-long diplomatic crisis between the Middle East’s leading Sunni and Shiite Muslim powers has raised fears of heightened sectarian tensions across the region.

Around 1,000 protestors marched through Tehran on Friday chanting “death to Al-Saud” — Riyadh’s ruling family, according to an AFP photographer.

Others shouted “death to America” and “death to Israel”, frequent rallying cries at demonstrations in Iran.

Angry Iran cannot help but wishing death upon other nations.

Relations between the longtime adversaries hit a fresh low on Thursday as Iran accused Saudi warplanes of deliberately targeting its embassy in Sanaa in raids that it said had damaged the property and wounded staff members.

Obama shows his anger by ignoring American interests as the Middle East burns to the ground. The row between Saudi Arabia and Iran is bound to start a war like no other where millions of Muslims will battle each other on street corners, and in the air. Watch oil prices go through the roof if this happens. Yet, Obama is such an angry man, he ignores what a normal, sound president would not.

Any wonder why Obama and Iran click like a flame to gunpowder! Each with his own way of expressing their anger, which seems to match each other’s likes and dislikes. If Obama never became a president, today he would be burning US flags at the steps of the US Congress.

There is a high probability that an open war may break out between Saudi Arabia and Iran forcing Obama to take sides. Such a war will close the oil shipping lanes and drive insurance policies to become uneconomical for oil shipping concerns. Would you say Obama and his staff, the most isolationist this country has witnessed, would bother to separate the two using other means than diplomacy?

We believe Obama’s anger would stand in the way.

Obama and Iran: An Angry Nation and an Angry Abandoned President

Too Little, Too Late, Too Insulting
Congress Must Reject Deal to Avoid Future War With Iran
Iran Promises to Terrorize Anyone Standing in Its Way
Things That Matter 358