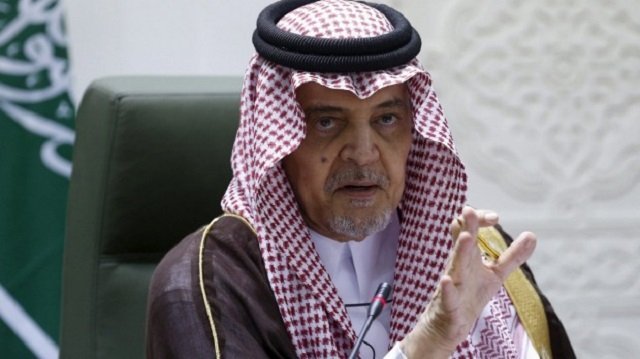 Of Saudi carrots and Iranian craftiness

January 29, 2014 11:37 am 0
Iran the cunning chameleon according to Harold Rhode
President Barack Obama has on air meltdown over opposition to Iran nuclear deal
Who is funding terror?

During the era of the mid-eighties when I frequented Saudi palaces, drank tea and feasted on Mansaf with politicians and al-Saud loyalists, the royal palace of King Fahd relied often on an advisor named Ali bin Musallam. Sheikh Ali, as he was referred to out of respect, is a Saudi Ismaili from the Najran region whose intellect, astuteness, and craftiness helped al-Saud avert many international jams. I remember him as a sharp-tongue Saudi, full of confidence and bravado.

Musallam earned the respect of the royal court even though the Ismailis of the time blamed him for failing to use his powers to protect their faith.

Between Bandar bin Sultan as the Saudi Ambassador to the US and Ali bin Musallam in the royal court, Saudi Arabia averted many international disasters and rode the waves of great military successes like the Desert Storm War.

Saudi Arabia, in our opinion, lacks the cunning of a Musallam. Its foreign policy is predictably boring and one-themed if one discounts the bold move taken by Prince Faisal al-Saud when he refused the UN seat on the National Security Council.

Mostly, the foreign policy relies on a dictum of Saudi carrots with more Saudi carrots to follow if the first batch fails to satiate the greed. Saudi Arabia, for all the religious power it has, is incapable of standing-up militarily to smaller countries because its vast lands were united with sparsely roving tribes. Less than 1% of its lands are cultivable.

Strategically speaking, Saudi foreign policy and government expenditures crisscross each other often. When the Kingdom fails to reach a policy solution with its allies or foes, it relies on acquiring weapons or services from that ally to resolve its problem. That one-dimensional approach needs a facelift, not because of supply and demand, but because strategic thinking in the 21st century has become a more difficult task. Strategic Studies Institute sums it up this way:

“Good strategy development requires the military professional to step out of the planning mindset and adopt one more suited for strategic thinking. In the strategic mindset, the professional military strategist embraces the complexity and chaos of the strategic environment and envisions all its continuities and possibilities in seeking to create favorable strategic effects in support of national interests.”

Saudi Arabia needs to step out of its Saudi carrot program and begin the process of evaluating why and how it has gotten itself in the corner and with her the tens of millions of Arabs who have come to rely on her intuitive patience. The Arab public cannot defeat the Iranian Mullahs or their evil alone (Demonstrated this amply in Syria); nor does it seem Arabs are able to rely on Saudi Arabia to save them from an emerging evil to our East. All we can do is help the Saudis expand their vision, drop their failed Saudi carrots tactics, and embrace a different approach that relies more on cunning and craftiness than on Saudi carrots.

Saudi Arabia needs to erect its own top secret strategy center whose job is the study and evaluation of Iran and whose solutions deal with how to defeat the Mullahs of Iran by helping the Iranian people the way the Mullahs are helping Assad. And for heaven’s sake, trust westerners and non-Saudis to expand your horizons. The narrow filament of loyalism has not served Saudi Arabia well so far. Saudi carrots yield no results.

If Saudi Arabia is to win this battle, it is through strategy, not carrots. It is through playing chess, not Dominoes.

Of Saudi carrots and Iranian craftiness

House Calls for War Crimes Tribunal to Prosecute Assad, Allies
To Be Chalabi, or Not To Be
Why the UN elects repressive regimes?
Iranian Terror 594