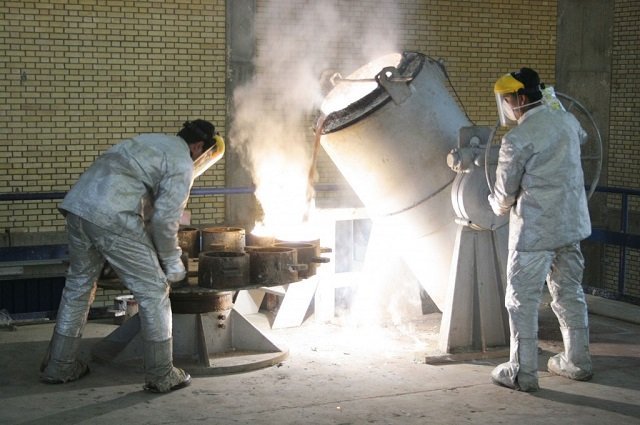 October 12, 2013 9:01 am 0
The Unbiased Guide to Understanding The Civil War in Syria
Russia, Iran Back Assad Despite Regime is Magnet for Terror
Syria’s Butcher Really Won the Iran Deal

Violence in Islam pays jackpots. That is the message Middle East tyrannies have learned when dealing with American power.

If you kill enough Americans, as Iran and Assad did in in Iraq and Lebanon (Over 4,300 or over 1,300 more victims than Bin Laden’s terror on 9/11)) and kidnap and detain them (Foley, Tice, Hekmati, Abedini) this President rolls the red carpet for you soaked in the blood of Americans who sacrificed much for nothing.

Grant you, his administration may claim it is saving Americans alive by negotiating with their captors. However, rewarding Iran and Assad for past crimes and permitting successful kidnappings of Americans endangers the lives of all Americans in the future every time Iran thinks it has a complaint against imperialist and satanic USA.

Mr. Obama has learned nothing after five years on the job. Absolutely nothing.

Weak Presidents have a deaf ear because they believe evil is containable. President Carter and his National Security Adviser Zbigniew Brzezinski believed they could negotiate with Khomeini until he stormed the US Embassy.

On the other hand, the danger lurking in the horizon is far worse.

The endlessly looped Tic-Tac-Toe game Mr. Obama has started by negotiating with Iran will have consequences in the region far beyond his term. As this President opened the door for Islamists to spread like grasshoppers, he is opening the door for Pakistan to come to the GCC’s nuclear aid. It is proliferation on Steroids Mr. Obama is negotiating. Nuclear hedging is upon us.

For the first time in its history, Saudi Arabia cancels its annual speech at the UN angered over the UN’s lack of resolve over Syria but also angered by Mr. Obama ignoring the plight of the Syrian people by pacifying Iranian terror, which has consequences for the very existence of the Kingdom.

This may be a prelude to nuclear hedging when Saudi Arabia takes matters in its own hands. How many nuclear bombs can Saudi Arabia purchase with its $679 Billion sovereign wealth fund account? Anyone who believes the Kingdom is about to let Iran continue massaging the west while it sits out the Obama negotiations is a fool. Sunni Saudi Arabia is not about to put its faith in the sweaty palms of Obama. There is only one choice left: To jump on a nuclear hedging program against Obama’s failure.

Look no further than Pakistan.

Iranian-Pakistani relations have been cordial, (Iran was the first country to support Pakistan founding in 1947 and Pakistan, under Zia-ul-Haq, was one of the first countries to recognize the Khomeini Islamic Revolution). Pakistan even backed Iran during the Iraq-Iranian war in the 80’s and Rouhani himself, prior to becoming President of Iran, paid a State visit to Pakistan in April 2001.

Overall, the bilateral relations between Shia Iran and Sunni Pakistan have been relatively safe although Pakistan has blocked Iran from acquiring nuclear weapons.

The combination of the Sunni-Shia war in Syria, the very friendly relations Saudi Arabia has with Pakistan and the beef the Pakistani Government has with Mr. Obama because of his drone war embarrassing a nuclear power, it is a question of time before the Iranian-Pakistani relationships become victims of bad US policies. Add that Mr. Obama is curbing US aid to Pakistan as well as the volatility of the Iranian-Pakistani relations could be (In 2009, Ahmadinejad accused Pakistan of supporting terror), and we have a keg of nuclear powder on our hands.

Saudi Arabia will not hedge its very own existence on the negotiations Mr. Obama is conducting. This President does not realize the danger he is causing by permitting himself to be played by the masterful terrorists in Tehran. In fact, his weakness towards non-intervention makes peace overtures with Iran look as if Sleeping Beauty needs a kiss to rise.

Given Mr. Obama’s propensity to ignore international threats that require boots on the ground or even an engagement in an armed conflict, the cornering of Saudi Arabia by the implacable Obama will yet test the damage of his foreign policy.

Our bet is on the Saudis making a secretive nuclear hedging move that one day may echo around the world if Mr. Obama insists on moving forward knowing well he will fail to stop Iranian nuclear ambitions.