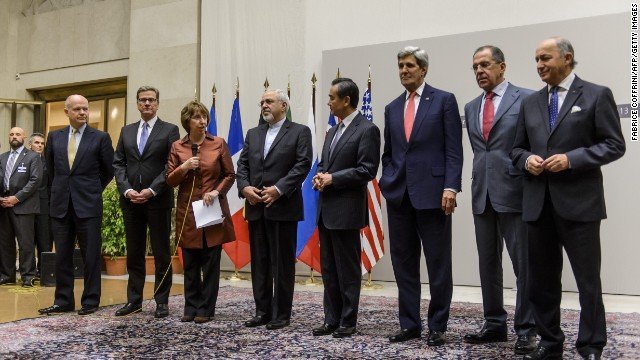 The No Deal Deal

Source: PJ Media – by Michael Ledeen (The No Deal Deal)

I don’t want to be the sole bearer of bad news for Ben Rhodes and his fellow gurus, but here it is:  the Iranians at Vienna won’t sign anything, per their instructions from Supreme Leader Ali Khamenei.

Full credit for this diplomatic accomplishment goes to President Obama, Secretary of State Kerry, Guru Rhodes and the rest of the administration strategists.  Their constant offer of more–more money, more gold, more limits on annoying inspections, more cooperation in the air and on the ground with Iranian forces, etcetera etcetera–solidified Khamenei’s conviction that there is no reason for him to approve a hated deal with the devil.  It’s much better to keep talking until all the sanctions are gone, and Iran’s “right” to pursue its nuclear projects is fully recognized.

Keep reminding yourself that Khamenei has two fixed principles:  no “new relationship” with the Great Satan, and relentless pursuit of the atomic bomb.

Obama/Kerry/Rhodes won’t take “no” for a definitive answer, so we’re probably going to see a new form of creative appeasement.  Short version:  It will be a “no deal deal.”  Iran promises to try really really hard to be nice and we pay for it.  Everyone agrees to commit to a “real” agreement by the end of the year.  Iran gets money–the continuation of the monthly payoff, and under-the-table arrangements like the gold shipment the South Africans delivered to Khamenei–and we get smiles.

There is no deal, per se–nobody signs anything–but we get the worst of it any how.  If John Kerry thinks that’s enough for a Nobel Peace Prize, he’s got an even lower opinion of the judgment of the Oslo crowd than I do.  And he may be right.  Chamberlain was widely praised as a great peacemaker for a while, and Carter was greatly admired when he proclaimed we had given up our “inordinate fear of Communism.”  And we’ll keep talking, won’t we?  And Obama just reiterated–at the Pentagon no less–that guns don’t defeat ideologies, only good ideas do.

If I were a Pentagon official and I heard the president say that, I’d have resigned on the spot.

There are some interesting political consequences to the “no deal deal,” and if I have it right, our Congressional warriors seem to have been mooted.  They voted themselves the right to be heard on any Iran deal, but does that apply to this arrangement?  Are they entitled to insist that current sanctions be vigorously enforced?  The White House doesn’t want any such thing, since that would throw a real spanner into the works of the various payoffs to Tehran.  The “international community” doesn’t much want that either;  we’ve read a lot about “Western” businessmen/government officials lining up at the entrances to Persian bazaars.  Some of them will press on.  That includes our own wheelers.  I am told that Iran’s fleet of Boeing jets–you know, the “civilian” aircraft that had been grounded for decades–have been refurbished.

What will Corker/Menendez et al do?  Kredo has reported that the White House is whipping the Dems into a pliable herd to ensure Congress can’t/won’t stop the appeasement of the evil murderers around Ali Khamenei.  If they succed, as any serious gambler would wage, then the Islamic Republic will continue to slaughter Syrians, Kurds, Yeminis, Saudis…you know the list…until they finally get on with the mission assigned them by the 12th Imam:  destroy us.

If the next president is paying attention, he/she will take names, and campaign against the appeasers.  Then fire all those pathetic “military leaders” who stood at attention as Obama proclaimed them irrelevant to the great global war of our time.

The No Deal Deal