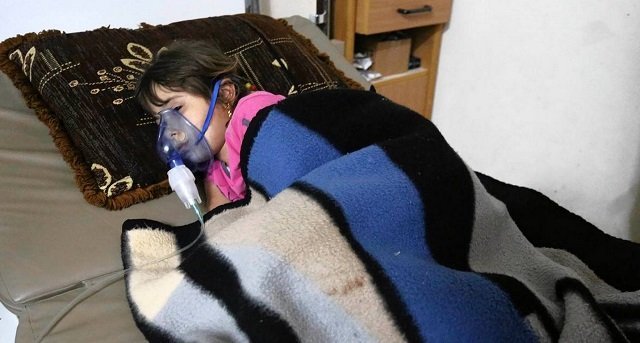 The Syria Sham and the Iran Deal

July 28, 2015 5:45 am 0
A Professional Gulf Army
To Avoid Appearances Iran Controls Syria
Oil enriched Assad, Oil may be his demise

Source: The Wall Street Journal – by Bret Stephens (The Syria Sham and the Iran Deal)

Syria cheated on its chemical commitments. Iran will cheat on its nuclear ones. Obama provides cover for both.

Once upon a time Barack Obama chose multilateral diplomacy over military action for the sake of ridding a dangerous Middle Eastern regime of its weapons of mass destruction. The critics mocked and raged and muttered, but everything worked out well and now the only thing that’s missing is someone who will give the president credit.

Or so Mr. Obama would like you to believe.

“You’ll recall that that was the previous end of my presidency,” Mr. Obama told the New Yorker’s David Remnick of his September 2013 deal to get Syria’s Bashar Assad to hand over his WMD stockpile, “until it turned out that we are actually getting all the chemical weapons. And no one reports on that anymore.”

Nor were these the only hosannas the president and his advisers sang to themselves for the Syria deal. “With 92.5% of the declared chemical weapons out of the country,” said Susan Rice in May 2014, the U.S. had achieved more than any “number of airstrikes that might have been contemplated would have done.” John Kerry also boasted of his diplomatic prowess in a March 2015 speech: “We cut a deal and were able to get all the chemical weapons out of Syria in the middle of the conflict.”

And there was Mr. Obama again, at a Camp David press conference in May: “Assad gave up his chemical weapons. That’s not speculation on our part. That, in fact, has been confirmed by the organization internationally that is charged with eliminating chemical weapons.”

Note the certitude of these pronouncements, the lordly swagger. Now note the facts. “One year after the West celebrated the removal of Syria’s arsenal as a foreign policy success, U.S. intelligence agencies have concluded that the regime didn’t give up all of the chemical weapons it was supposed to.”

So note the Journal’s Adam Entous and Naftali Bendavid in a deeply reported July 23 exposé that reveals as much about the sham disarmament process in Syria as it foretells about the sham we are getting with Iran.

Start with the formal terms under which inspectors were forced to operate. The deal specified that Syria would give inspectors access to its “declared” chemical-weapons sites, much as Iran is expected to give U.N. inspectors unfettered access to its own declared sites. As for any undeclared sites, inspectors could request access provided they furnish evidence of their suspicions, giving the regime plenty of time to move, hide and deceive—yet another similarity with the Iran deal.

The agreement meant that inspectors were always playing by the regime’s rules, even as Washington pretended to dictate terms. Practical considerations tilted the game even further. “Because the regime was responsible for providing security, it had an effective veto over inspectors’ movements,” the Journal reported. “The team decided it couldn’t afford to antagonize its hosts, explains one of the inspectors, or it ‘would lose all access to all sites.’ ”

In other words, the political need to get Mr. Assad to hand over his declared stockpile took precedence over keeping the regime honest. It helped Mr. Assad that he had an unwitting accomplice in the CIA, whose analysts certified that his chemical declaration “matched what they believed the regime had.” Intelligence analysts at the Pentagon were more skeptical. But their doubts were less congenial to a White House eager to claim a win, and hence not so widely advertised.

You can expect a similar pattern to emerge in the wake of the Iran deal. Western intelligence agencies will furnish policy makers with varying assessments; policy makers will choose which ones to believe according to their political preferences. Tehran will cheat in ambiguous and incremental ways; the administration will play down the violations for the sake of preserving the broader deal.

Over time, defending the deal will become a matter of rationalizing it. As in: At least we destroyed Syria’s declared chemical stockpile. Or: At least we’ve got eyes on Iran’s declared nuclear sites.

Perhaps the most interesting details in the Journal story concerned the sophistication of the Syrian program. Chemical weapons-production facilities were hidden in the trailers of 18-wheel trucks—exactly of the kind that were rumored to have been moved to Syria from Iraq in 2003. Inspectors were impressed by the quality of Syrian-made munitions. The regime was also able elaborately to disguise its chemical research facilities, even during site visits by inspectors.

The CIA now admits that Syria retains significant quantities of its deadliest chemical weapons. When Mr. Obama announced the Syria deal, he warned that he would use military force in the event that Mr. Assad failed to honor his promises. The threat was hollow then. It is laughable now. What ties the Syrian sham to the Iranian one is an American president bent on conjuring political illusions at home at the expense of strategic facts abroad, his weakness apparent to everyone but himself.

The Syria Sham and the Iran Deal