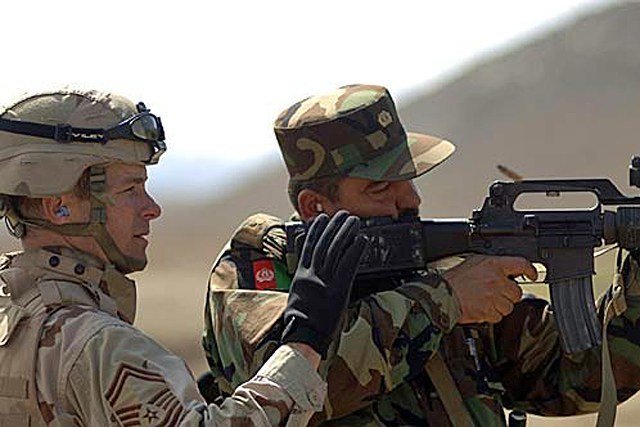 The United States said on Tuesday it was falling far behind plans to build a Syrian opposition force to battle Islamic State, disclosing that just 60 fighters were in training after U.S. vetting thinned the number of recruits.

For those interested in some political facts, let us explore some  here.

For over four years, Barack Obama refused to help the moderate Syrian opposition, which eventually all but disappeared to be replaced by a hodgepodge of Islamists including ISIS.

Then some genius at the White House decided (Is that you Ben Rhodes?) he can draw from those remaining moderate Syrian fighters, he all but slaughtered, to fight, not the Assad regime they all have a reason to fight, but ISIS.

Honestly, the U.S. only training 60 Syrian fighters to confront ISIS is a success. Ben Rhodes deserves a medal for this one.

The U.S. military launched its program in May to train up to 5,400 Syrian fighters a year in what was seen as a test of Obama’s strategy of getting local partners to combat extremists and keep U.S. troops off the front lines.

The training program has been challenged from the start, with many candidates being declared ineligible and some even dropping out once they realized they cannot fight the Assad regime Obama is eager to protect.

Obama’s requirement that they target ONLY militants from Islamic State has sidelined huge segments of the Syrian opposition focused instead on battling Syrian government forces.

U.S. Defense Secretary Ash Carter revealed the low number of Syrian trainees at a Senate hearing, acknowledging that it was “much smaller than we hoped for at this point.”

“We’ll do better … and that number, 60, which is not impressive, will get … larger over time,” Carter told the Senate Armed Services Committee. He sounded unconvinced himself.

The White House acknowledged that U.S. only training 60 Syrian fighters was “not enough” but said the United States was being rightly careful about who to admit to the training, which has been carried out at sites in Jordan and Turkey.

Obama’s critics seized on the U.S. only training 60 Syrian fighters as evidence that his strategy against Islamic State militants was failing in Syria and Iraq, where the U.S. military has publicly criticized Baghdad for not providing enough trainees.

“There is no compelling reason to believe that anything we are currently doing will be sufficient to achieve the president’s long-stated goal of degrading or ultimately destroying ISIL,”

McCain accused Obama of a “disturbing degree of self-delusion.”

“Absent a moderate opposition that is willing to and capable of taking territory from ISIL and holding it, any change in the status quo is unlikely.”

Reed should have said “Absent the moderate opposition Obama wiped out …

Carter told Congress that the number of recruits would increase as the United States learned how to streamline vetting.

“We are also refining our curriculum, expanding our outreach to the moderate opposition, and incorporating lessons learned from the first training class,” Carter said.

In other words, we are still learning while ISIS grows and Assad and Iran terrorize Sunni civilians we have failed to protect.

Carter said he believed the Syrian fighters recruits needed some U.S. protection but said no decisions had been made on what that might entail.

“It’s shameful – shameful to send people in and not assure them that we will defend them against attacks by barrel bombs,” McCain said.

What a disaster this administration has been when it comes to foreign policy. Amateurish is too kind a word to describe Barack Obama and his staff.

France Shows Obama How to Lead
Mirror, Mirror on Syria, Who Has Released Jabhat al-Nusra Bacteria?
Will Bahrain Fall to Iran After Lebanon?
Slippery Barack Obama 976