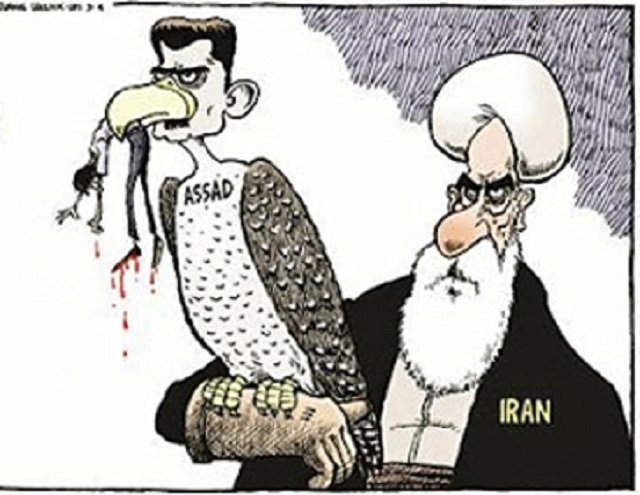 July 7, 2015 6:43 pm 0
Do You Feel Like Bill Murray in Groundhog Day?
IDF Head in the Sand
Why Muslim Leaders are So Corrupt

To avoid appearances Iran controls Syria, Syria’s parliament on Tuesday approved a deal with Iran under which Tehran will provide the government a new line of credit worth $1 billion, state media said.

In reality, neither Assad nor anyone has control over this credit line since Iran considers Syria an internal matter, and not a sovereign state.

The credit line will be the third that Tehran has extended to Damascus since the conflict in Syria erupted with anti-government protests in March 2011.

“The People’s Council today approved a deal on a line of credit of $1 billion,” which was signed on May 19 in Damascus by Syria’s Commercial Bank and the Export Development Bank of Iran, the official SANA news agency said.

Approved after signature and disbursement! Iranians think Syrians are dumb. This is only to avoid appearances Iran controls Syria.

It said the credit would be used for “importing merchandise and carrying out projects,” without giving further details.

Iran is the key regional ally of Assad’s government, and has provided him with military and financial support through Syria’s conflict, as well as IRGC terrorists to kill Syrian civilians.

In 2013, Tehran extended Damascus two lines of credit worth a total of $4.6 billion, with much of that devoted to the purchase of oil.

After more than four years of conflict that has left some 300,000 people dead, Syria’s government has become increasingly dependent on credit and other aid from allies like Iran.

Assad Declaration of Victory is Obscenely Premature
You Want alQaeda? You Got alQaeda
The Gate-less Human Zoo
Iranian Terror 594