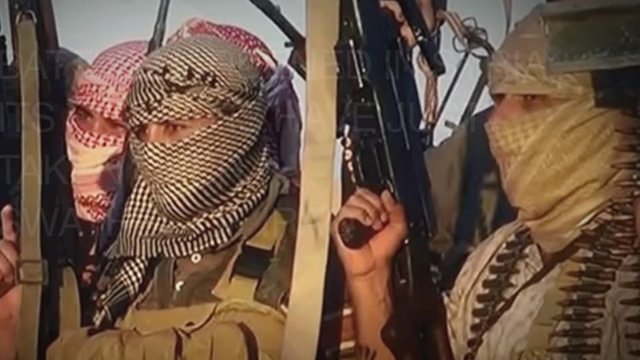 NATO Secretary General Anders Fogh Rasmussen told Amanpour on CNN that striking ISIS must include its strongholds in Syria. Mr. Rasmussen did not go in details but in his interview, he never referred to any strikes against the Assad regime.

Let me just draw a brief scenario for those of us who have a problem mapping the outcome of an ISIS-only strike.

If the United States attacks ISIS in Syria, without attacking Assad or airlifting food and medical supplies to Aleppo, there will be more Sunnis joining ISIS. Guaranteed.

The Sunni war against Assad, as I said before, is equivalent to our war against al-Qaeda. If we could prevent a Texan from joining the US armed forces on September 12, 2001, we will succeed in preventing Sunnis from joining ISIS. I am a Sunni; you have to trust me on this one.

Abu Bakr al-Baghdadi is praying daily for the US to strike him in Syria because he knows how big a shot in his arm this attack will be. I believe killing American reporters is part of this scheme.

If more Sunnis join ISIS, who will benefit the most from a war between the majority Sunnis in the Middle East and the United States of America?

Go back to this Newsweek article, which attributes the rise of ISIS to Assad. Just as a US State Department briefing confirmed the story later.

We rush to destroy ISIS without thinking.

Arab Sunnis and the US are at war with each other with massive support this time around from the Arab street (Unlike al-Qaeda in the past).

Iran wins. The US and most Arabs lose.

Rushing to attacking ISIS, without striking Assad, is tantamount to immersing the US into a long and protracted war with the Sunnis of the region.

Who amongst us wants the US to fall prey to Iran?

Then stop calling for ISIS strikes only in the region. You have no clue what you are doing.

It is Assad and ISIS, or no one.