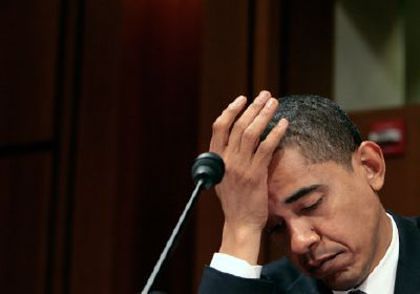 November 10, 2014 9:20 am 0
Some Imbeciles Forgot Islamic State is Assad’s Fifth Column
Think Irancare
Who Are the Beneficiaries of Islamic Terror?

We all heard many political analysts laud Barack Obama for his intelligence, but for the first time, Senator Lindsey Graham of South Carolina, in an interview with Maria Bartiromo, called Obama Iran alliance dumb at every level (See embedded video below).

Graham also called Obama a “spoiled child”, which I vote for as the “Best Description of Barack Obama” in 2014.

Who am I to argue with a Senator of the United States? If Graham, whom I admire for his common sense approach on foreign affairs, says Obama’s policies are dumb then I am going to quote him for the next 2 years, or until Obama realizes he is unfit to be president and quits, whichever comes first as used car salesmen would tell you.

Senator Graham could have used the words “not intelligent”, which would have meant that Obama is usually intelligent but on this particular policy, he has not acted with intelligence.

Senator Graham could have used the word “stupid”, which would have been quite demeaning to a sitting US President. Although, he would not be wrong to say it because I think this President has been acting “stupidly” for six years now.

By selecting to say that Obama Iran alliance dumb at every level, the Senator gave it perpetuity without malice, continuity without debasement, and motion without a hint of disparaging Obama’s incompetency. The word “dumb” is about just as perfect a word as they come to describe the chaos that is taking place in the Middle East because of Obama’s policies; mainly due to courting the Turban terrorist in Tehran and the secular one in Damascus.

Let us stop for a moment and catch our breath. Senator Graham saying Obama Iran alliance dumb at every level requires further and deeper analysis.

However, what if intelligent people act “dumb” routinely? Do you drop the word “intelligent” because it seems to be the wrong attribute? Or do you continue to be delusional while observing one dumb move after another?

Furthermore, we should consider those who disagree totally with Obama’s ‘dumbness’ on foreign policy. People like John Kerry who is carrying Obama’s torch with pride. Even if the whole Middle East is burning, these people still find a way to explain the fires without blaming Obama who struck the match in the first place and continues to feed the fires with gasoline. Those people I would call ‘dumber than dumb’.

How about we call Barack Obama “intellidumb” going forward? First, it rhymes nicely, and second, it should satisfy both sides, don’t you think?

See, when the American people booted the far left out of office as they did on November 4, 2014, there is no reason why we cannot find a middle ground we can all agree upon!

802 more days of an “intellidumb” president before he leaves office.

Roaming Neanderthals in the Assad Regime
Don’t believe you can survive what makes you survive
Plan A, Plan B, or No Plan at All
Radicalism 567 Slippery Barack Obama 976