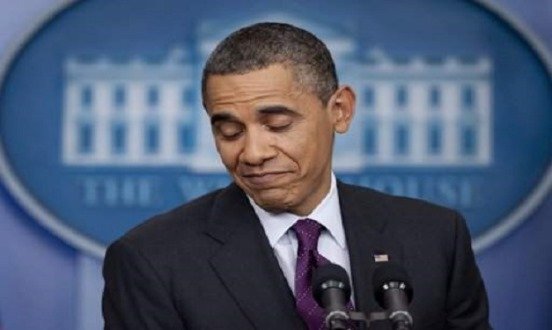 December 15, 2012 9:36 am 0
Fighting Traps 200 Civilians Inside Mosque In Qaboun
Message to Assad: Syria is no Sudan
RPS Statement on Kofi Annan’s Peace Plan

If we have to label the Presidency of Barack Obama, there is no better title than “Blameless in Washington and Elsewhere”. We have never witnessed such skirting of responsibility by a US President before. To describe his presidency, no better label than “When Obama sells rotten meat loaf as fresh Shish Kebab.”

Here is a sample of Obama selling us rotten meat loaf.

An Aaron David Miller wrote an Op-Ed in Foreign Policy entitled “Don’t Blame Obama for Syria” in which he tries, unsuccessfully we might add, to excuse this President for his disastrous policy on Syria. Miller was responding to John Hannah’s own Op-Ed “Obama’s Syria disaster“, which was full of facts, timelines, results, and most important of all reality.

Miller starts by claiming that Syria was not ours to win or lose. To us, that statement begs the question: Why then does the President interfered in Libya?

There is something surreal going on in Washington when the power of the White House dedicates itself to laundering Obama’s image; right or wrong, disaster looming or successes recorded. The Obama Syrian foreign policy has been a disaster. Everyone with any common sense has been writing about the dangers of a sidelined White House on Syria.

Miller claims that Obama has dispatched humanitarian aid when he says:

We know of one small humanitarian aid that went to Syria earlier this year in the form of 50 anti-gas kits that could be used to test for Sarin or VX if a body absorbs them. That is it. When Obama sells rotten meat loaf as fresh Shish Kebab.

The statement Miller makes is simply not true as far as humanitarian and non-lethal aid to the opposition. The Arab countries are helping but only because barring their help, Syrians would have skirted their influence and control. If there was the minimal assistance as Miller claims, it was done to help the more extreme Muslim Brotherhood elements. An Obama agenda so fraught with dangers, it is almost impossible to assess its damage to US interests.

All you have to do is look at all those panic buttons the US is pressing today to understand the sudden alarm that went off at the White House. Buttons Hannah explains well in these paragraphs:

This isn’t simply a case of Monday-morning quarterbacking. The number of articles written since March 2011 urging the administration to action to hasten Assad’s end — short of ground troops, but including a wide menu of coordinated diplomatic, economic, security, and intelligence steps — would fill volumes. Ditto the number of analysts who repeatedly warned that left to its own internal logic, the Syrian crisis would veer increasingly toward disaster. Abandoned to face Assad’s slaughterhouse alone, it was entirely predictable that those masses of average Syrians who week after week, month after month, literally begged for Western intervention to help topple the tyrant and shape a post-Assad future would eventually be eclipsed by jihadism’s black flag.

The administration dismissed it all with so much disdain. Reckless. Simplistic. Pouring fuel on the fire, they charged. Down that way, they insisted, was only a parade of horribles: sectarian conflict, civil war, al Qaeda’s empowerment, a failed state, loose WMD, and international spillover. Sound familiar? Indeed. Virtually every risk the administration warned might be triggered by U.S. intervention has been made all-too-real in the absence of U.S. intervention.

This was abdication masquerading as serious foreign policy; a flight from leadership gussied up to appear as thoughtful restraint, prudence, realism.

OBAMA HAS BEEN WRONG ON EVERYTHING SYRIA

Everything this administration warned it would happen if it interfered happened because it did not interfere.

Even today, Secretary Clinton is still trying to strike a deal with Russia on Syria as Assad kills and and our children go hungry. That’s why Obama won’t help. He wants to justify the Nobel Prize four years into holding it. Miller denies this form of Putinism prevailing. Should Miller feel that embarrassed for his President?

Miller’s Op-Ed reminds us of a butcher Syrian mothers in Damascus avoided like the pest. This crafty 5 ft tall man would hack rotten meat loaf, mix it with cut tomatoes, chopped parsley, salt and pepper, and then sell it as fresh Shish Kebab. Just like Obama sells his lies.