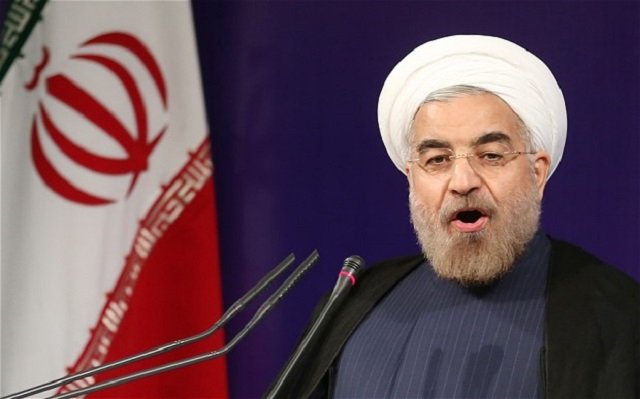 If Hassan Rouhani was John Boehner

History records that the period following the signing of the Treaty of Versailles was one of isolationism and hibernation for American rising industrial power.

Between the signing of the Treaty in 1919 and the invasion of Poland in 1939, America turned inward by refusing to join the League of Nations (Today’s UN) and the World Court (Today’s International Court of Justice).

By tackling domestic issues first such as the Immigration Act of 1924, the U.S. relied on furtive diplomacy alone, between those two periods, to resolve any incendiary international problems that necessitated interference.

American diplomacy of today reminds us of the diplomacy deployed during that period but instead of curbing German aggression, construed through a bad, guilt-ridden Treaty that permitted the rise of Hitler, America is curbing herself to confront terror.

Like the Treaty of Versailles buried articles with specific goals Germany could not have possibly met, America, through the new isolationist policies of President Obama, is burying herself with diplomacy and ignorance when it comes to the rise of terror.

The same architects of Mr. Obama’s overtures to today’s Islam, and the US apologies for its past mistakes who believed would dial back Muslim anger, are the ones deploying diplomatic overtures like Geneva II and the new US-Iranian negotiations of today.

It is diplomacy for the sake of diplomacy, just like America in the 1920’s and 30’s.

Accommodating Assad and Khamenei instead of dealing with both using absolute and determined repeated force is inviting more Jihadism and more Islamic anger that will lash out against the West, eventually, as we have seen recently in Benghazi, in Nairobi, and in Zanzibar.

Forget that the Syrian and the Iranian people deserve better, don’t you think America deserves better than to submit to terror in the hope it curbs terror? We have seen already how isolationist policies and apathy work in Syria, Iran, and Egypt.

The likes of Assad surviving the terror against their own people changes the region in four different ways:

Those targeted by the US have already forgotten the surgical US Special Forces operations carried out lately in Libya and Somalia; however, neither Saddam nor Milosevic ever forgot what Desert Storm and Operation Eagle Eye have accomplished to curb their terror.

Muslim against Muslim and Muslims against the West will eventually lead to WWIII. Diplomacy that empowers violent men willing to spark sectarian wars is a disservice to American power and prestige. It will not prevent the danger from future terror.

Dealing with them, through willpower, sends a signal America will not tolerate terror in any shape, or form even if not directed against western interests, which is the only sensible thing to do because differentiating between one terror group and another gives credence to the notion that violence is permissible when it is convenient.

This is hardly civilized in societies that collectively call themselves the Western Civilization.

Iran and Assad are indirectly endangering US interests when they threaten their own people and the many US allies in the region who have come to rely on US traditions and commitments. The ones detached from this reality are the same who applauded Mr. Obama’s Cairo speech as the denouement to an ugly episode between America and the Muslim world.

Stop Geneva II. It only emboldens the terrorism in Assad and Khamenei to strike again sometime in the future no matter how comforted we are by their charm offensive, “moderation”, and false compliance.

Geneva II is like kicking a lit grenade for someone else to deal with its consequences down the road. Totally un-American.

If Hassan Rouhani was John Boehner