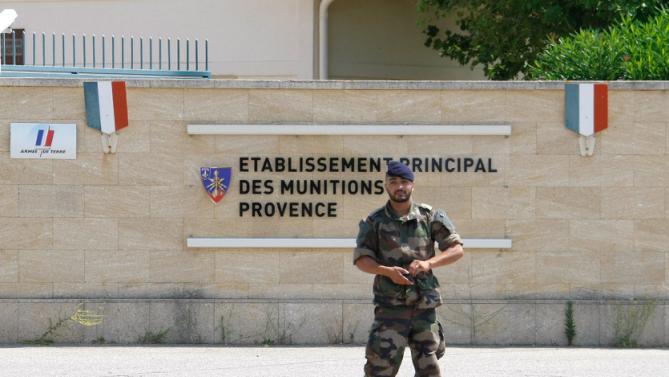 July 7, 2015 10:04 am 0
Positive News for Helpless Syrians Facing Sociopath Assad
The Good, the Powerful, and the Abused
France Accuses Assad of Violating Ceasefire

At least 150 detonators and a stock of plastic explosives have been stolen from a military base in southern France, a source close to the investigation said Tuesday.

Thieves broke into the army logistics base in Miramas near Marseilles on Sunday night after cutting through a wire fence.

The facility is used to stockpile weapons for foreign missions, such as those in Africa.

The defense ministry and army officials declined to comment.

Europe 1 radio reported around 40 grenades had also been stolen. It said the base occupied an area measuring some 250 hectares and was surrounded by two rows of wire fencing, but had no security cameras.

France has been on high alert since a jihadist killing spree six months ago in Paris that left 17 people dead, including 12 people gunned down in the editorial offices of satirical magazine Charlie Hebdo.

In the most recent attack in France, a 35-year-old found to have links to an Islamic State fighter in Syria beheaded his boss at a gas factory in Lyon and rammed a van full of gas bottles into a warehouse, creating an explosion.