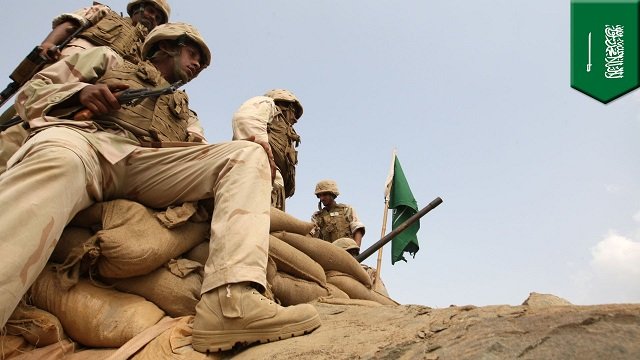 Only Saudi Arabia Can Defeat ISIS

There is a certain logic to the Middle East every new ally claiming to be the new Laurence of Arabia seems to miss. Here is a short guideline for the uninformed among you with regard to defeating ISIS.

In other words, only Saudi Arabia can defeat ISIS. Even Vladimir Putin recognized this fact when he proposed a new partnership between Saudi Arabia and the Assad regime to defeat ISIS. Mind you, his was a goal of one stone, two birds.

Obama’s policy in Syria and Iraq are making it far more difficult to defeat ISIS. Obama turned a blind eye to Assad atrocities against Sunni civilians, but was quick to draw his pistol against Sunni terror. The perception in the Arab street is that America is siding with Shiite terror against Sunnis.

How is that for a message to constantly feed ISIS with fresh recruits and more terror? Ah, the geniuses at this White House. In response, we say, only Saudi Arabia can defeat ISIS.

Sunni tribes in western Iraq are uniting to fight ISIS, which is really short-lived news that make Obama feel better.

There are two things one needs to know about these tribes. They act at the behest of the highest bidder, in this case Saudi Arabia’s will to defeat ISIS, and when there are no bidders, they jump on the Sunni wagon going somewhere. The ISIS wagon, yo. Call them the 180 degree tribes.

It is true that we have managed to kill thousands of ISIS fighters, but an air war by an administration that looks like it is backing Shiite terror in the region will never be enough because the more you kill, the more Sunni fresh recruits disoriented by America’s policies will join ISIS.

Even Obama admitted it in his speech at the Pentagon yesterday when he said:

“ISIL is opportunistic, and it is nimble. In many places in Syria and Iraq, including urban areas, it’s dug in among innocent civilian populations. It will take time to root them out.”

Did you hear that tone of defeatism in this rhetoric? Has it dawned on this president that tolerating Shiite terror of Assad and Iran is contributing to his failures to defeat ISIS? We doubt it.

The complexities of the Middle East combined with Obama’s daunting foreign policy mistakes are all pointing to how important Saudi Arabia will be to defeat ISIS.

Because only Saudi Arabia can defeat ISIS, Saudi Arabia should use this card to extract the concessions necessary to remove Assad from power and to clip Iran’s wings of terror.

Sunni tribes in Iraq should not be willing partners against ISIS in return for naught. Where is the cunning of al-Saud?

Only Saudi Arabia Can Defeat ISIS