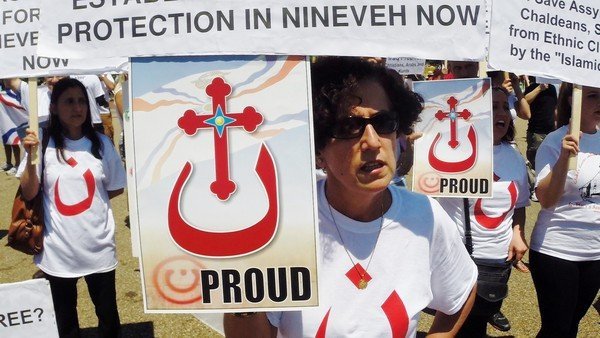 The British-based Syrian Observatory for Human Rights said the militants carried out dawn raids on rural villages inhabited by the ancient Christian minority west of Hasaka, a city mainly held by the Kurds.

Syrian Kurdish militia have renewed their assault on the militants, launching two offensives against them in northeast Syria on Sunday, helped from U.S.-led air strikes and Iraqi peshmerga who have been shelling Islamic State-held territory from their side of the nearby border.

This part of Syria is strategically important in the fight against Islamic State because it borders territory controlled by the group in Iraq, where last year the ultra-hardline group committed atrocities against the Yazidi community.

Tel Tamr, a town near the Assyrian Christian villages where the abductions occurred, has witnessed heavy clashes between Islamic State fighters and the Kurdish YPG militia, the Observatory said.

The Assyrians, also known as Syriacs, Syrians, Arameans, and Chaldeans, are an ethnic group whose origins lie in ancient Mesopotamia. They speak, read, and write distinct dialects of Eastern Aramaic exclusive to Mesopotamia and its immediate surroundings.

Today that ancient territory is part of several nations: the north of Iraq, part of southeast Turkey and northeast Syria. They are indigenous to, and have traditionally lived all over what is now Iraq, northeast Syria, northwest Iran, and southeastern Turkey. They are a Christian people, with most following various Eastern Rite Churches.

The Reform Delusion
The No Deal Deal
If Israel Makes Arabs Mad at the U.S., Our Partnership With Iran Will Make Them Even Madder
Radicalism 567