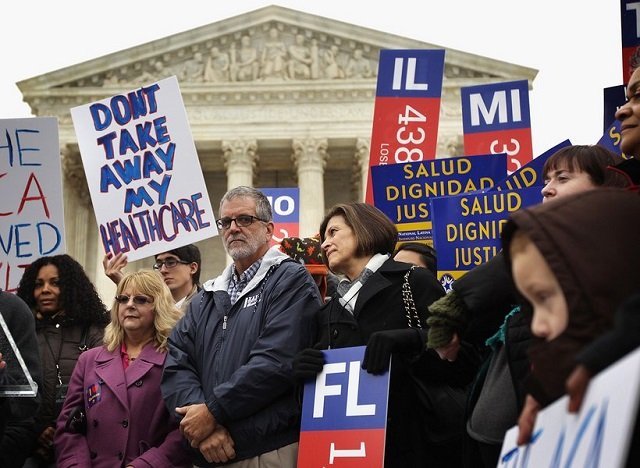 President Obama warned Tuesday he will “walk away” from a bad nuclear deal with Iran, as Tehran and six world powers gave themselves until July 7 to reach an agreement.

Insisting there must be a “strong, rigorous verification mechanism” for monitoring Iran’s nuclear sites, Obama sent a fresh warning to Iran’s leaders and negotiators.

This is comforting to hear even though many remain skeptical about Obama’s ultimate goals. His fresh new threats come on the heels of the Supreme Court of the United States handing his legacy a victory to cheer about with regard to ObamaCare.

We must consider, therefore, the possibility that with every domestic victory Obama scores, the chances get higher he may get tougher with Iran. In fact, to defeat Iran, we may need to cheer Obama’s domestic small victories.

On the national side of his agenda, the president is filling his library walls with enough history to avoid a disastrous U.S.-Iran deal. Without these victories, this president might be compelled to sign a bad deal in order to boast about any sort of accomplishments later.

On Iran, Obama said his instructions to negotiators in Vienna had been “extremely clear” – that a deal must block Iran from getting a nuclear weapon.

He said there had been “a lot of talk” from Iranian negotiators questioning the terms of a framework agreement reached in Switzerland in April.

“If we can’t provide assurances that the pathways for Iran obtaining a nuclear weapon are closed and if we can’t verify that, if the inspections regime, verification regime, is inadequate, then we’re not going to get a deal.”

We believe the United States Supreme Court may have inadvertently helped U.S. allies in the region with their ruling on ObamaCare. It may have helped defeat Iran by providing Barack Obama the Chutzpah to assume more risks in abandoning a bad deal than swallow the risks of a bad one.

Iran and the so-called P5+1 – the United States, Britain, China, France, Russia and Germany – on Tuesday gave themselves an extra week to clinch a historic nuclear deal as a midnight deadline approached with no breakthrough in sight.