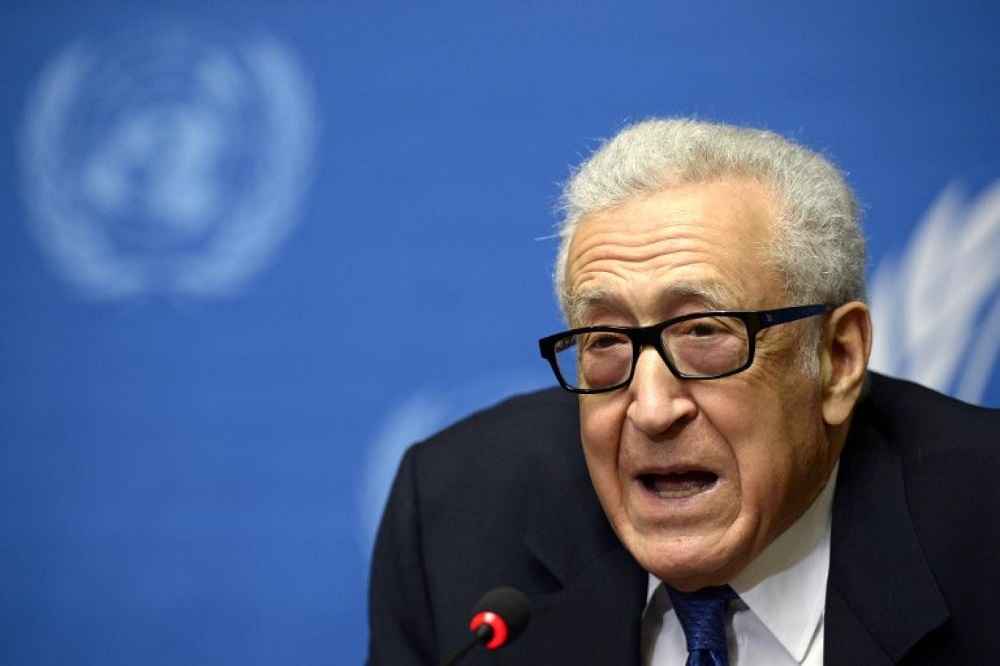 The Retirement Gift of Lakhdar Brahimi

Lakhdar Brahimi, the second envoy to Syria the United Nations is paying him a gazillion dollars as a recompense for his “mission to fail”, is, once again, dispensing his wisdom upon the rest of us. Syria is the retirement gift of Lakhdar Brahimi.

His assistant made a statement today to the effect that the world should blame Lakhdar Brahimi’s expected failure on … the Syrian opposition. As it suits Brahimi, he did not have the courage to raise the issue himself because he considers the Syrian opposition to be beneath his standards. Literally and figuratively speaking.

Because the Syrian opposition is not united, it is causing Brahimi to fail in his mission. That’s the logic he provided behind his statements. What Brahimi failed to mention is what unites the Syrian opposition. Which is the removal of Assad, but since this does not comply with his ideology, we failed him miserably.

You see, Brahimi is pro-Palestinian. Just like Assad, he wants Arabs punish Israel for existing. How could he ever be neutral is not a question anyone at the U.N. asked because the body has its own views of Israel that do not exactly match with its rhetoric.

THE SYRIAN OPPOSITION IS THE LOW-HANGING FRUIT OF BLAME

We have become the low-hanging fruit or the football Arab rulers can bounce around at will to remain blameless. The Syrian opposition justifies their impotence against Iran and the Assad regime. Asking Brahimi to do his job, under the circumstances, is futile because we think his Syria mission was a retirement gift from the UN; as well as the Arab rulers for his past obedience and ability to learn tricks quickly.

The Syrian people are saving the Arab rulers by keeping Iran busy and their Mullahs nervous about Syria. The Arab rulers, for their part, are blaming the Syrian opposition for their bold attempts to save it from itself. So dandy of them to appreciate our effort to save them!!!

Please, do not expect Arabs, anytime soon, to hold their own candles. We live in a sewer called MENA and in the sewers only the BS reigns supreme.

The Retirement Gift of Lakhdar Brahimi